Some Cameroonian sisters have gotten themselves into serious trouble after drugging a man and stealing his car. 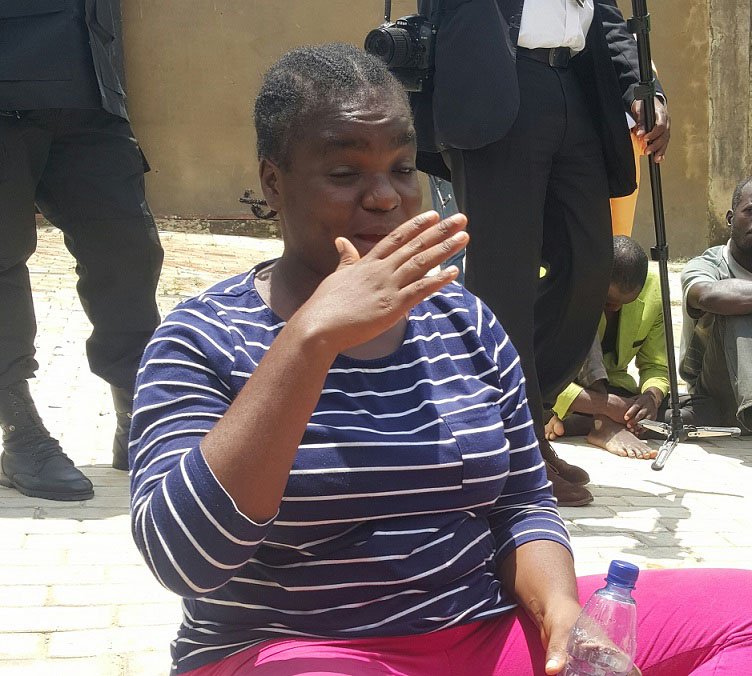 One of the suspects
According to a report by The Nation, two female Cameroonians have been arrested by Operatives of Special Tactical Squad for allegedly poisoning a man’ s drink and stealing his car in Abuja.

The suspects Yamba Kinloga Lauren Raissa and her sister Ngo Dingom Yolande Viave were alleged to have poisoned the drink of their victim after he stood up to use the toilet.

The drink made him fall into deep sleep for two days. Upon waking up, the police said the victim discovered that his car had been stolen.

The suspects allegedly took the car to Auchi in Edo State and sold it at the rate of N1.5million.

This was disclosed in Abuja on Wednesday by the Force Spokesman, DCP Frank Mba when they were paraded in Abuja.

Only one of the suspects was paraded before journalists. The Police said the elder sister who championed the operation was currently sick.

Narrating how the suspects were arrested, Mba said, ” The female Cameroonians  were involved in the case of criminal conspiracy, administration of poisonous substance and car theft.

“On the 15th of August 2019 at about 2147hours,  their victim reported that on the 13th August 2019 at about 1050hours, he went to Millikent hotel in Apo area of Abuja together with one Yamba Kinloga Lauren Raissa and her sister Ngo Dingom Yolande Viave to have a drink.

“In the course of their drinking, he went to the toilet but before his return,  the ladies poisoned his drinks and after consuming same, he went into deep sleep.

He continued: “Yamba Kinloga and her sister Ngo Yolande took his Lexus ES 350 with registration number YAB 736 NY and drove off to unknown destinations.

“Our Operatives acting on credible intelligence arrested the suspects on the 18th August 2019 at about 1000hrs at Jos, Plateau state while attempting to flee the country.”

Speaking on how they carried out the act, Viave said: “We met the man in Abuja after he stopped to give us free ride. After the ride, we exchanged contact with him and after several calls, my sister agreed to go out for a drink with him.

I followed her to Gudu junction and in the course of having to drink, my sister posited her drink and took the car. We drove the car to Auchi in Edo where we sold it. The buyer gave us N100,000 cash and transferred the balance of N1.5million into my account.

Viave while pleading for forgiveness said she didn’t know what took over her.

“I am sorry for what I have done. It is my first time of engaging in this kind of crime. I don’t know what took over me.”

They were arrested and both admitted to committing the crime.

The Police while warning car owners to be careful of who they offer ride to said: “We are discounting Nigerians from giving rife to unknown people. We also advice that members of the public avoid taking drinks, chewing gums and other edibles from persons they don’t know to avoid being robbed, kidnapped, raped or even killed.”
Top Stories