How A Movie Marketer Tried Sleeping With Me Before Giving Role - Actress, Queeneth Agbor Reveals


A Nigerian actress has opened up about how a movie marketer tried to sleep with her before giving her roles. 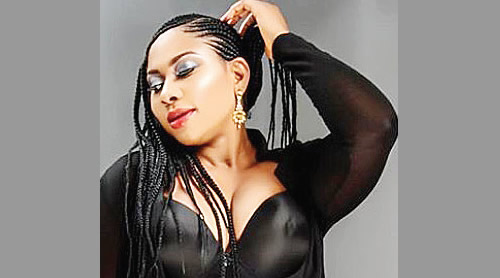 Queeneth Agbor
Bubbly and outspoken actress, Queeneth Agbor, has revealed that a producer once tried to sleep with her before offering her a movie role. The Akwa Ibom-born entertainer said the incident happened when she had just newly joined the industry.

In a chat with Saturday Beats, she stated, “My unforgettable experience in Nollywood happened when I just got into the industry as a greenhorn. The marketer invited me to come and get a script. When I got to the place, I discovered it was a hotel and I was the only one there. I actually saw the scripts.

“He offered me a drink but I declined because I was scared. Back then, we were told that if one insulted movie marketers, one’s career was practically over. He entered the room and called me to come and get the script inside. I went in and met him stark naked. I was stunned and didn’t know what to do. However, I had to apply wisdom to defuse the situation. I went on my knees and started begging him. He asked if I was a baby. I had to lie to him that my fiancée, who sponsored me through acting school, had put something in my private part and if I had s*x with him, both of us would die. He insulted me and sent me out of the room. Till date, the memory still flashes in my mind.”
Agbor also condemned the recent trend of actresses calling themselves out on social media.
“It is caused by idleness. If one is busy, I am not sure one would have the time to call another person out or create unnecessary drama. If you are thinking about a project, you would not have that time.”

The actress also said that as a result of her popularity, she could no longer haggle in the market.
“It’s so bad that I cannot haggle prices in the market in peace anymore. As one is bargaining, one would hear someone say, ‘Aunty, I am your fan’. One would just have to shamelessly pay the money whether one has it there or not. Basically, fame has cost me my freedom and my right to haggle over prices.”
Top Stories