It was a British invasion at the 71st Emmy awards, with Game of Thrones taking home the prize for best drama in a night that saw numerous nods to stars from across the pond. 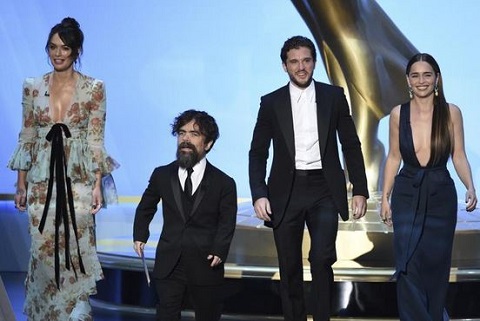 Games of Thrones cast at the Emmy awards
Here is a list of the winners in key categories for the 71st Emmy Awards, which were handed out in Los Angeles on Sunday.

“Game of Thrones” wrapped up its run with an Emmy for best drama series — and 12 total for its final season.

“Fleabag” pulled one of the biggest surprises of the night, scooping up the prizes for best comedy, best actress in a comedy, as well as best writing and directing — a major disappointment for perennial winner “Veep” in its last season.

LEAD ACTOR, LIMITED SERIES OR MOVIE: Jharrel Jerome, “When They See Us”