Adaji explained that his position as deputy speaker of the state Assembly was not threatened with the judgment. 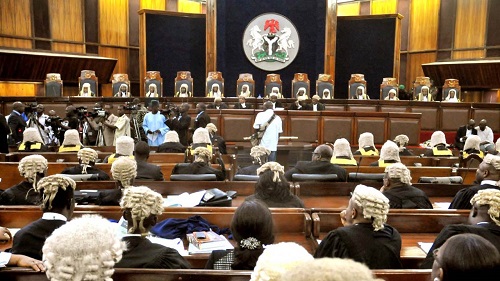 Adaji of the Peoples Democratic Party was declared winner of the Ohimini State Constituency election.

But the Chairman of the tribunal, Justice R. O. Odudu held that the margin with which Adaji led Musa Alechenu Ohimini of the All Progressives Congress was less than the number of votes cancelled.

In the election declared by the Independent National Electoral Commission, Adaji led with 397 votes.

But the tribunal found that the margin was less than the 1, 056 votes cancelled in the two polling units of Igbanomaje and Odega.

Justice Odudu noted that INEC ought not to have made final declaration without ordering a rerun in the affected polling units.

But Adaji said he was set to appeal the judgment of the tribunal.

Adaji explained that his position as deputy speaker of the state Assembly was not threatened with the judgment.

Adaji said, “The two areas in contention are my stronghold, so if election is conducted over and over again, I will still win.

“I am going to meet with my lawyers to work on the next step, so we can meet at the Appeal Court,” the deputy speaker said.
Top Stories