A man who led the exhumation of two corpses has been shocked after youths dropped them in his sitting room. 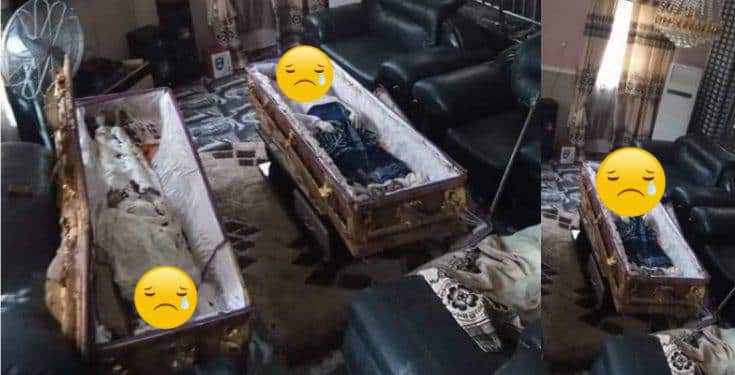 The coffins dropped in the man's sitting room
The land tussle at Isiozi Umuaka village in Imo state has taken a sad turn after coffins which were dug up were taken to the sitting room of the man who spearheaded the exhumation.
Recall that the two corpses which were exhumed three weeks after they were buried, belonged to a mother and her daughter-in-law who died six and four years ago, respectively.
It was dug up because the land which they were buried on is still a matter in court.
A Facebook user, Goodluck Pyagbara who shared an update on the land tussle, revealed that the corpses were taken to the sitting room of the man who dug them up.
He wrote “Finally the youth of umuaka community in Njaba LGA drop the corpse inside the sitting room of the person that uprooted it
"The Drama continues stay tuned”
See more photos below: 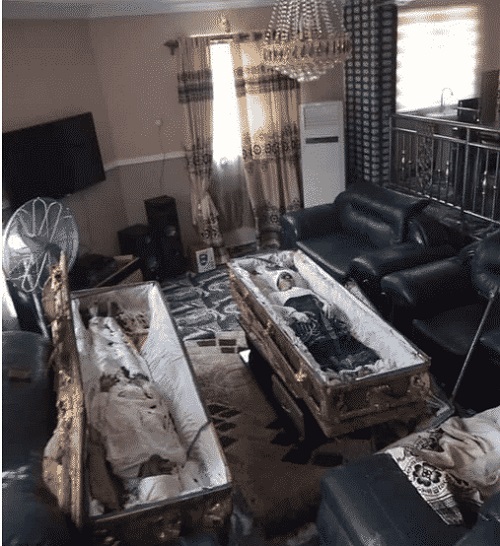 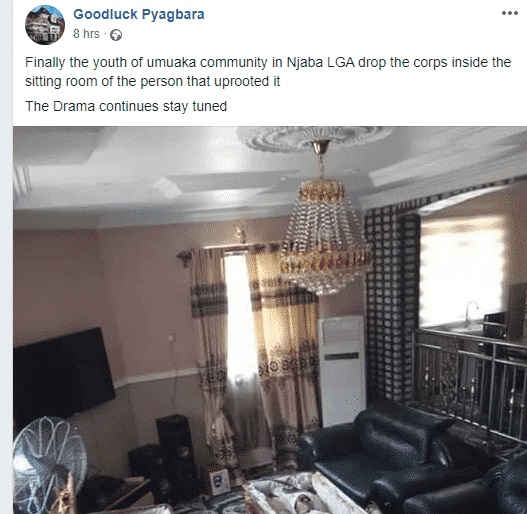