Two dead bodies have been dug out of their graves following an altercation by two families over land. 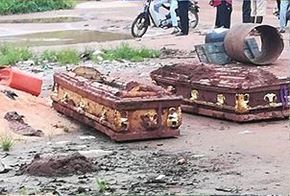 According to reports, the age-long land dispute between two families took another turn yesterday, as one of the warring parties dug out the corpses of two members of the rival family, three weeks after interment in Imo state.

The incident happened in Isiozi Umuaka, Imo State. It was gathered that the corpses were those of a mother and her daughter-in-Law who died 6 and 4 years ago respectively, but couldn’t be buried due to the lingering land dispute.

However, three weeks ago, they were buried on the land under dispute, but the other family said the case is still in court, hence proceeded to dig them out and take their caskets to the market square.
See more photos below: 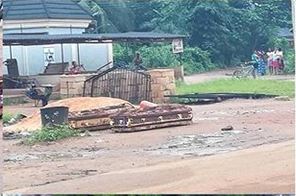 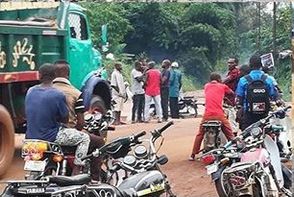 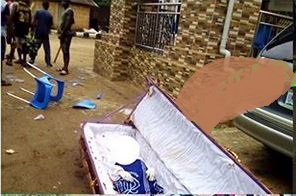 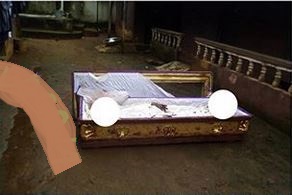