A video has surfaced showing the moments some hoodlums pulled down a billboard erected in support of BBNaija housemate, Tacha in Imo state. 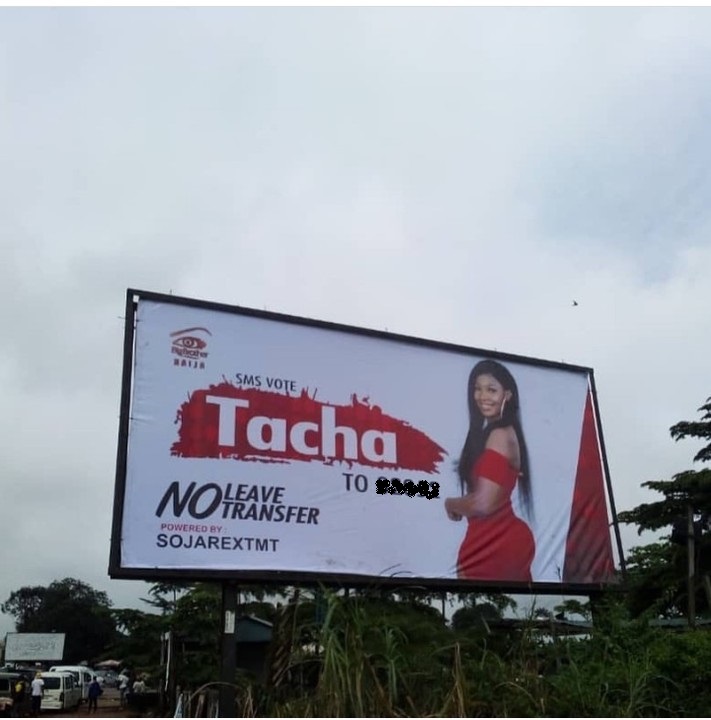 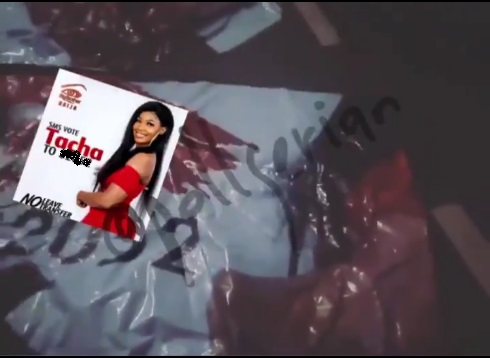 Tacha is among the five housemates nominated for possible eviction by the Ultimate VETO Power holder, Frodd.
However, the fans of another contestant, Mercy who is from Owerri, Imo state countered the move by pulling down the billboard saying they cannot allow another contestant to dominate their state when their daughter is still in the house.
Watch the video below:
Top Stories