The University is jointly owned by the governments of Osun and Oyo states, with each state contributing counterpart funds for the running of the institution. 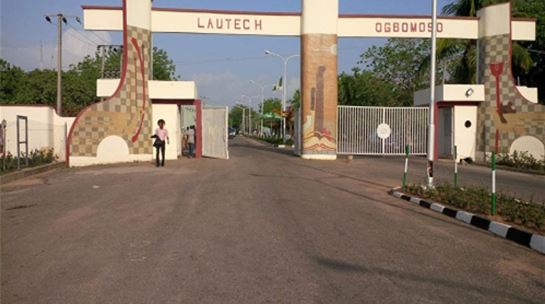 Ladoke Akintola University of Technology
Osun State Government has berated members of the Academic Staff Union of Universities (ASUU) of the Ladoke Akintola University of Technology (LAUTECH) over its recent position on payment of salaries.
DAILY POST reports that members of ASUU from that institution rose from a meeting with a resolution to disrupt academic activities over an alleged refusal of Osun State government to pay their outstanding two months salaries.
The University is jointly owned by the governments of Osun and Oyo states, with each state contributing counterpart funds for the running of the institution.
In a swift reaction, the Secretary to the Osun State government, Prince Wole Oyebamiji in a statement titled: “ASUU’s position on LAUTECH: Setting the record straight,” said ASUU position was not only misguided but presumptuous.
It noted that the position on the salary arrears expressed by the union does not truly reflect the position of things on the citadel, especially with regard to Osun which according to him appears to have been singled out for vilification.
The statement averred: “Ordinarily, we should not be seen to be joining issues with ASUU. However, as a responsive and responsible government, we owe the discerning members of the public a duty to set the record straight.
“Previously, Osun and Oyo states who are joint owners of the university had agreed to a template that will see Oyo pay salaries of workers at LAUTECH, Ogbomoso for six months, while Osun carries the burden of paying salaries of workers at LAUTECH Teaching Hospital, Osogbo, also for a period six months and vice versa.
“But while Osun kept faith religiously with the above arrangement, Oyo at some point jettisoned it. This explains why from 2013 till date, only Osun has been shouldering the payment of salaries of workers at the LAUTECH Teaching Hospital, Osogbo, amounting to N16, 604, 510, 806.12.
“Following the visitation panel of 2017 and the reconciliation of accounts that followed, an agreement was reached by the two states to contribute One Billion Naira each, as seed money to the university. The said amount was meant for stabilisation.
“By the arrangement at the time, the university was expected to devise means of funding itself after six months.
“In spite of paucity of fund at the time, Osun contributed its own One Billion Naira. But there was no record anywhere to show Oyo paid the said money.
“It is also important to note here that, long before the current back and forth over payment of salaries, the rotational payment between the two states had collapsed.
“Therefore, the claim by ASUU that Oyo had paid from January to June 2019, and as such, Osun should pay from July to December this year, does not hold water. The argument will only make meaning if Oyo had been paying salaries of workers at the LAUTECH Teaching Hospital, Osogbo”.
The statement further gave a statistical and chronological analysis of salary payment between the two states, insisting that Osun had paid the July and August salaries of workers at the LAUTECH Teaching Hospital, Osogbo, amounting to N465, 480, 475.31.
“Besides, within the same period that ASUU claimed Oyo paid salaries of workers at LAUTECH, Ogbomoso, Osun also paid salaries of workers at LAUTECH, Teaching Hospital, Osogbo.
“For emphasis, below is the analysis of what Oyo contributed: January- N73, 977, 759. 10, February- N73, 977, 759.10, March – N73, 977, 759.10, April – N295, 969, 650.11, May – N295, 969, 650.11 and June – N295, 969, 560.11, whereas Osun, within the same period, had contributed : January -N235, 967, 856.98, February – N239,783,757.04, March -N239, 642, 219.14, April- N239, 007,500.28, May- N235,382,043.73 and June – N235, 251,415.70, to LAUTECH Teaching Hospital, Osogbo. The state, as earlier stated had gone ahead to contribute another N230, 923,499.67 and N234, 556, 975.64 as July and August salaries respectively, for LAUTECH Teaching Hospital, Osogbo.
“In addition to all that Osun had contributed to LAUTECH Teaching Hospital, Osogbo, it again supported the university in Ogbomoso, with N300, 000,000.00, in July, this year.
“In effect, what this means is that while Osun had cumulatively spent over N2billion on the institution from January to date, Oyo had only spent a little over N1billion.
“From the forgoing, it will therefore be unfair for ASUU to single out Osun as being solely responsible for non payment of salaries at LAUTECH, Ogbomoso, especially because for every kobo Oyo State had contributed in running LAUTECH in the last two years till date, Osun had contributed twice the amount.
“As a government, we are disposed to the amicable resolution of all issues concerning the running of LAUTECH. But we will not allow any individual or group to blackmail us into taking such decision.
“Whatever decision that needs to be taken on the future of the institution must be one that is mutually agreed upon by the two states,” the statement read.
Top Stories