The vehicles were received by the Chief Judge, Justice Oluwatoyin Akeredolu, at the Government House, Alagbaka, Akure, 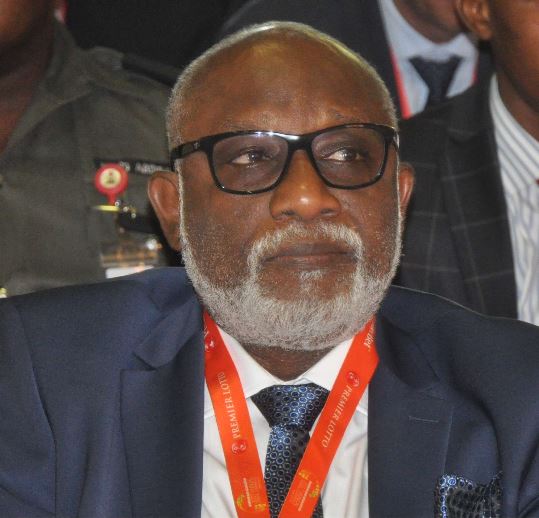 Governor Rotimi Akeredolu
Senior Pastor of Awaiting The Second Coming Of Jesus Christ Gospel Church, Pastor Adewale Giwa, has faulted Governor Rotimi Akeredolu for purchasing brand new SUVs for judges in Ondo State.
Akeredolu had presented 16 brand new 2019 model Toyota Land Cruiser Prado SUVs for the use the Chief Judge of the state and other judges.
Making the presentation on Wednesday in Akure, the state capital, the he said the gesture was to demonstrate his administration’s promise to create a conducive atmosphere to the workforce.
The vehicles were received by the Chief Judge, Justice Oluwatoyin Akeredolu, at the Government House, Alagbaka, Akure.
Reacting, Giwa in a statement on Friday, said the development was an “inducement” which had set a bad precedent.
He said: “It is very unnecessary and insulting to the Institution of the judiciary for a governor to be buying vehicles for judges who are financially independent.
“Governor Akeredolu should have known better that under the Certain Political, Public and Judicial Office Holders (Salaries and Allowances) (Amendment) Act, 2008, the judges are entitled to a car loan and other benefits.
“The law lists such benefits as accommodation, utilities, domestic staff, entertainment, medical, security, furniture, personal assistance, motor vehicle loan, severance/gratuity and retirement benefits.
“Others are leave allowance, motor vehicle maintenance and fuel, hardship, newspapers, estacode, duty tour, outfit and special assistant allowances and others.
“When the basic salary, allowances and fringe benefits are computed, the CJN and other Justices of the Supreme Court receive a monthly salary of N480, 766.89 and N751, 000 in their bank accounts respectively.
“For a governor to purchase vehicles for judges is uncalled for. What happens to the judges financial autonomy where this can be done? By the principles of separation of powers, each of them is supposed to be autonomous, the Judiciary, the Executive and the Legislature.
“I totally disagree with Governor Akeredolu for what he has done, and this should be referred to as ‘inducement’. As it is, do you think a citizen can get justice against government in a society where government is purchasing vehicles for judges?.
“When a Pastor speaks the truth to power, sympathizers and supporters of their political parties would tell that pastor to face his Ministry. Our role is to speak out against injustice and bad governance.
“Most of the state governors don’t even bother following a due process while doing things, and this has contributed to the failed nation that we have today.”
Top Stories