A Nigerian senator has mocked lazy Nigerians youths who come to her husband's house to beg for money. 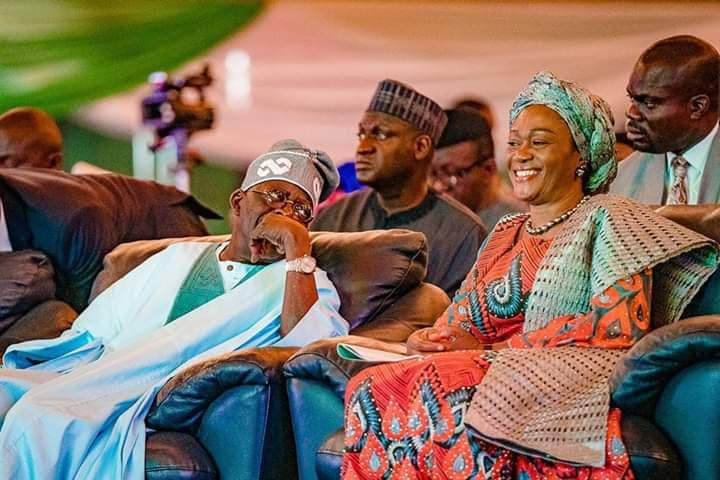 Tinubu and his wife
Senator Oluremi Tinubu, the Senator representing Lagos Central Senatorial District and wife of a former Lagos State Governor, Asiwaju Bola Tinubu, has said youths of today are lazy and not ready to work.
According to her, most of the youths in Lagos would come to her husband’s house, claiming “they want to enjoy Asiwaju’s money.”
She, however, expressed displeasure that “most of these youths don’t want to work”, adding that “the moment you give them work to do, they fall sick.”
Sen. Tinubu added that youths of nowadays are interested in making quick money, “but they don’t want to work before making the money.”
She added that, “our youths are very rude because they want to be like all those people abroad.”
Speaking on a Lagos Television programme on Saturday morning, Tinubu said her New Era Foundation Patience Home had concluded plans to empower youths in her senatorial district.
Tinubu disclosed that 10 youths each from all the local governments under Lagos CentraI would benefit from the empowerment initiative.
The Lagos Senator enjoined youths in her senatorial district to contact their local government chairmen and avail themselves of the opportunities provided by the foundation.
Top Stories