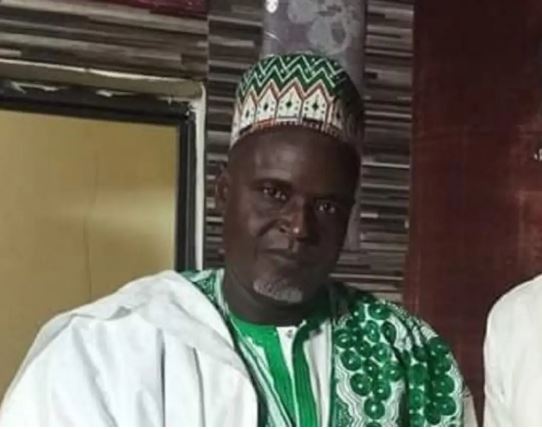 Alhaji Abdu Bali
Armed men have gunned down Alhaji Abdu Bali, the Adamawa State leader of a pan-Fulani group, Tabital Pulaaku.
The gunmen also killed one of the visitors with him at the time of attack.
The other visitor sustained gunshot injuries from the attack which occurred at the Tabital Pulaaku leader’s residence in the state capital, Yola, on Tuesday night.
A source close to the family said three gunmen stormed the residence in Lakare area of Yola town about 8:30 pm on Tuesday and opened gunfire on them, killing the Tabital Pulaaku leader, one of his two visitors and injuring the other.
“Alhaji was inside the house with two people who were on a visit when three armed men came shooting sporadically and entering the house. They killed Alhaji and one of the visitors while the other visitor was left badly injured,” the source said.
He added that the bodies of the slain men had been taken to the morgue of the Federal Medical Center (FMC), Yola.
Confirming the killing of the Fulani leader and his visitor, the state Police Public Relations Officer (PPRO), Sulaiman Ngurore, said the killers were most likely hired for the act.
He said Wednesday morning in a telephone interview with DAILY POST: “Yes, gunmen invaded the Tabital Pulaaku chairman’s house situated in Lakare, a remote side of Shagari (Estate in Yola town) yesterday between the hours of 8.30 and 9pm and gunned him down with one of his visitors.
“When we were alerted, we rushed there and found him and his visitor lying in pools of blood. We took them and another visitor who was injured to the hospital where the chairman and his other visitor were confirmed dead.”
He added that mass deployment of policemen was on with a view to tracing the culprits and bringing them to justice.
Top Stories