Horror! How Six-month-old Baby Died When Her Stepfather Accidentally Threw Her Into Ceiling Fan


A stepfather is in deep trouble after he accidentally threw his stepdaughter to the ceiling fan while playing with her. 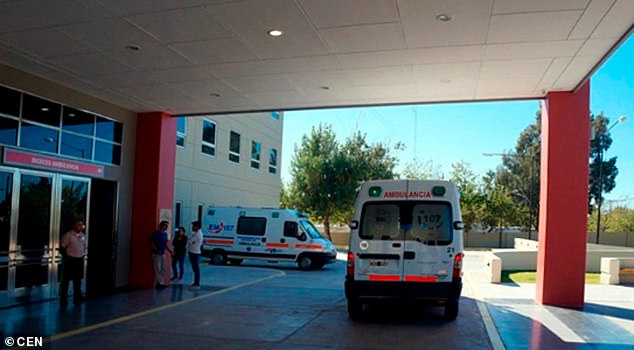 Reports say the girl, Giuliana del Valle Sotoyan, died from a blow to the head in the city of Caucete in San Juan in the north west of Argentina.

Her stepfather, Jesus Michel Zalazar, 26, has since been arrested in connection with the baby's death.

Zalazar was playing with the girl, throwing her up in the air, and he failed to notice that the ceiling fan was on, according to local media.
The fan hit the girl's head and she was taken to the Guillermo Rawson hospital where she underwent urgent surgery.

However, sources from the hospital told reporters that 'she could not get over the injuries and died in the morning.'

The stepfather has been arrested. Reports state the event happened during a family gathering and that some relatives had wanted to beat the stepfather up.
The case was at first being investigated as a negligence case but judge Matias Parron, who is in charge of the investigation, has changed it to a homicide case.

Aldana, the aunt of the victim told local media 'my sister [the mother of the baby girl] was cooking and told [him] that the meal was ready, then I started to set the table. Jesus had the baby and was playing around with her in the living room. Suddenly, I felt a blow on the roof fan and when I looked at it, Jesus had her against his chest with his shirt bloody.'