Following intense political pressure, the vice president has thrown in the towel. 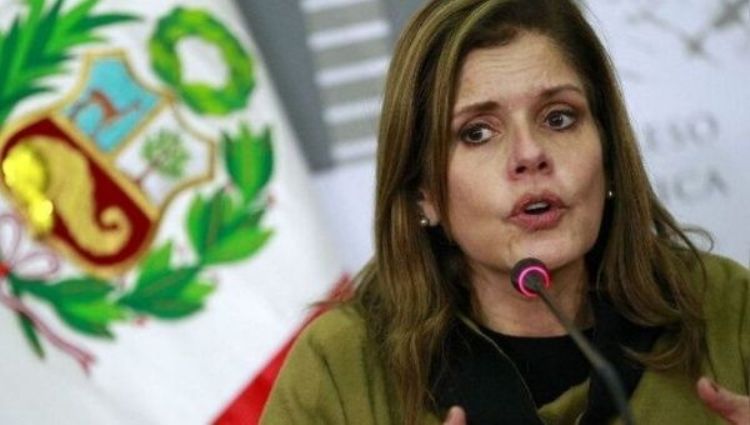 Mercedes Araoz
Peru’s Vice President, Mercedes Araoz, resigned from her position late Tuesday as a power struggle roils the South American nation.
Araoz’s resignation came after President Martin Vizcarra on Monday disbanded the opposition-controlled Congress and called for fresh elections in January.
He said the move was necessary because the legislature has refused to pass a raft of anti-corruption reforms he has been championing, as well as changes to the way top judges are appointed.
Some Peruvians took to the streets in celebration.
Governors and leaders of the armed forces also came out in support of Vizcarra, who assumed office on March 2018.
However, a group of opposition lawmakers voted to suspend Vizcarra from office and nominate Araoz as interim president, leading to confusion about who was the country’s rightful leader.
Then, on Tuesday, Araoz announced on Twitter she was resigning as vice president and declining the opposition’s appointment as interim leader.
Araoz said she hoped her decision would help smooth the path toward a general election that could pull Peru out of its political dysfunction.
For months, Vizcarra had threatened to dissolve parliament unless it supported reforms to campaign financing, the curbing of parliamentary immunity against prosecution, the prevention convicted people from running for office, among others.
Vizcarra proposed the reforms last year in response to revelations of massive corruption within the judiciary.
They were backed by the vast majority of Peruvians in a referendum in December.
Three former presidents of Peru are under investigation for corruption.
A fourth, Alan Garcia, committed suicide in April when police came to arrest him in connection with a graft probe. (dpa/NAN)
Top Stories