Shehu Sani Reacts As Court Grants Sowore N100m Bail, Restricts Him From Traveling Out Of Abuja


Sowore has been in custody of the Department of State Services (DSS) since August 3 when he was arrested in Lagos. 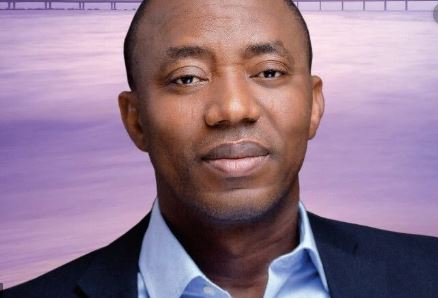 Omoyele Sowore
Shehu Sani, former Kaduna Central Senator, has reacted to an Abuja court ruling, which granted bail to the co-convener of RevolutionNow Movement, Omoyele Sowore.
Sani described the bail granted Sowore as a welcome development.
In a tweet, the former lawmaker also called on the Department of State Services, DSS, to comply with the court ruling.
“@YeleSowore bail, a welcome development; next is compliance,” he tweeted.
Recall that the Justice Ijeoma Ojukwu-led court had granted Sowore bail in the sum of N100 million, on Friday and two sureties in like sum.
Ojukwu held that the prosecution failed to show good reasons the defendants should not be granted bail since the offences are bailable.
The presiding judge restricted Sowore from traveling outside Abuja.
Sowore has been in custody of the Department of State Services (DSS) since August 3 when he was arrested in Lagos for calling for a revolution protest against the President Muhammadu Buhari-led administration.
The former Presidential candidate was arraigned on September 30, alongside Olawale Bakare, his co-defendant, on a 7-count charge of felony brought against him by the federal government.
This is coming few weeks after Justice Taiwo Taiwo of the same court had ordered the release of Sowore after a detention order he issued against him elapsed.
Displeased with the order, the secret police had re-arraigned him before Justice Ojukwu. However, Justice Ojukwu also granted the second defendant, Bakare bail in the sum of N50 million and prohibited him from travelling outside Osun State.
The judge also barred both Sowore and Bakare from addressing the press until the completion of the trial. Ojukwu ordered that they be remanded in prison custody until the fulfilment of their bail conditions.
Top Stories