Many fans have started asking questions, since it has been one week since popular s*x therapist, Jaruma promised Tacha N50million. 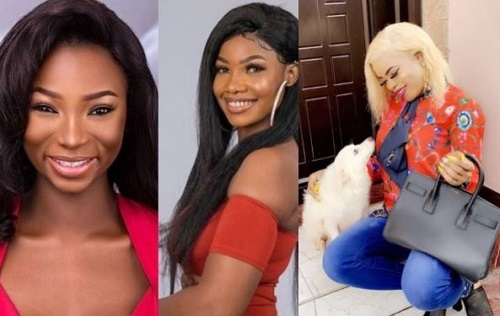 One week after promising to pay disqualified Big Brother Naija housemate, Tacha Akide, N50m, popular sex therapist, Jaruma Empire, has yet to redeem her pledge, The PUNCH can report.

Jaruma had posted a video last week brandishing what she claimed was 500,000 AED and promised to give the money to Tacha.

One week after, however, the sex therapist has failed to do so, causing several reactions on social media.

On Thursday evening, Jaruma posted an audio clip in which one of her followers advised her not to pay the sum.

The unidentified person claimed Tacha’s management led by one Ladi and Samson were not being truthful about the funds being sent to her.

In her response, Jaruma wrote, “I have heard all your cries. On my part, this is what I know… Samson should come out and tell the world how much everyone has sent till date. Let everything be transparent.

“Samson told me that Peter sent them only N100, 000 in August. He said Bobrisky did not send a penny. Now I am hearing something different from the voice note.

“He said Nkechi B sent them only 20k in August. He said Real Angela O did not send a penny and no one else has sent any money to them.”

However, popular cross-dresser, Idris Okuneye aka Bobrisky, says he has paid N500,000 out of the N1m he promised to pay Tacha.

In a video he posted on his Instagram page, Bobrisky advised the likes of Jaruma to redeem their pledges to Tacha.

He said, “Tacha, I paid 500,000 to your account and I want you to confirm it ASAP…. you will get the remaining N500, 000 soon from my account officer today,” he wrote on Instagram before sharing the video.

“I was able to fulfil my promise to give you 1,000,000. I love you so much and keep making me proud of you. Secondly, if you know you promised Tacha money, please fulfil your promise. Don’t use her to clout chase, please.