Arsenal Star Reveals Why He Left Chelsea In Shocking Move


The Brazilian was a crowd favourite at Chelsea, so the move was quite a shock for many. 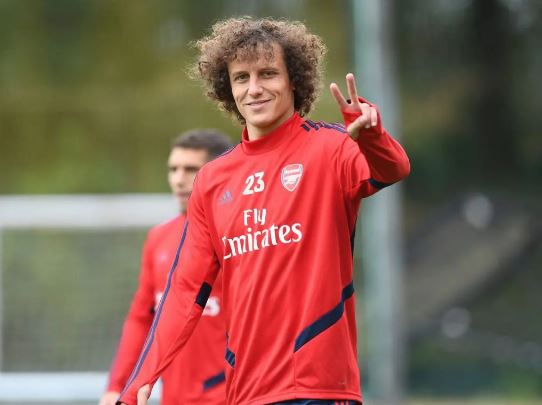 David Luiz
Arsenal defender, David Luiz has revealed the circumstances behind his shock exit from London rival, Chelsea.
The Brazilian left Stamford Bridge this summer to join the Gunners on transfer deadline day.
The Brazilian was a crowd favourite at Chelsea, so the move was quite a shock for many.
Speaking with Brazilian Tabloid, ESPORTE, Luiz revealed that he left The Blues because his vision was different to Frank Lampard’s and the Chelsea manager could not promise him the game time he craved.
He said: “I always liked Chelsea, no doubt. A new moment has come in my career, a new cycle where I have had the opportunity to move to another major club, pursuing ambitions to win titles.
“I saw a possibility of writing a new story in a new place, but I am forever grateful to Chelsea, to all people, to friendships that are for life.
“I get messages to this day from everyone at the club because what I had there was true. It was an individual decision made through honest conversation – between me and Frank Lampard, no one else.
“It’s always very difficult because of the rivalry, but I made the decision to leave Chelsea even before receiving Arsenal’s bid.
“As soon as I decided to leave Chelsea – after a few days – Arsenal’s proposal came, and as it was another great club, I didn’t think twice.
“It’s hard for rivalry, yes, but I couldn’t help but live a new story, in a new place, in a big club just because of the rivalry.”
However, many Blues fans now see David Luiz’s exit as a blessing due to the rise of academy player Fikayo Tomori, who may not have got the chances he has gotten so far if Luiz was still at the club. Tomori is now one of Chelsea’s first choice defenders.
Top Stories