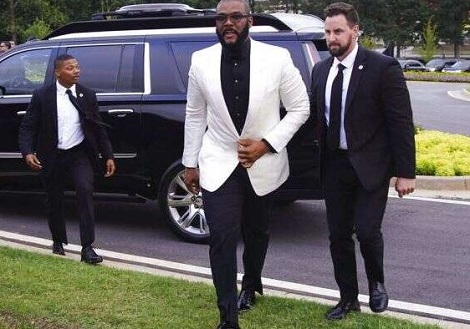 Tyler Perry's $250 million studios opened on Saturday October 5, and it had the biggest names in entertainment industry in attendance.

The grand opening gala had 800 guests including A-list stars like Viola Davis, Ava DuVernay, Oprah Winfrey, Whoopi Goldberg, Halle Berry, Samuel L. Jackson, Tiffany Haddish and Stacey Abrams.
They all walked the red carpet lined with walls adorned in roses and also shared their admiration and support for Perry.The 134-hectare (330-acre) studio which once served as a Confederate army base is one of the largest in the US.  Tyler Perry Studios has 12 soundstages,  each named after seminal black actors and actresses, including Cicely Tyson, Whoopi Goldberg, Diahann Carroll, Will Smith, and Denzel Washington.

Halle Berry and Whoopi Golderg
The complex is larger than Paramount, Warner Bros and Walt Disney’s Burbank studios combined. Perry is the first African American to own a studio outright — no corporation or partners are involved in the venture. He even mapped out the plans for the complex on his own: “If I hadn’t gone into entertainment, I would have been an architect.”

There’s a replica of the White House for his upcoming presidential television series “The Oval", a hospital, jail, an airliner, an airport terminal, trailer park and a suburban subdivision. It was also learnt that ace Hollywood filmmaker is also planning an up to 3,000-seat theater for concerts and other events. Frustrated by a lack of development outside his complex, Perry said he also plans restaurants and retail on the grounds of his studios, which he said he wants to become a weekend destination for tourists and the community.Achieving his landmark goal was easier because the industry never understood what he represented, he says. 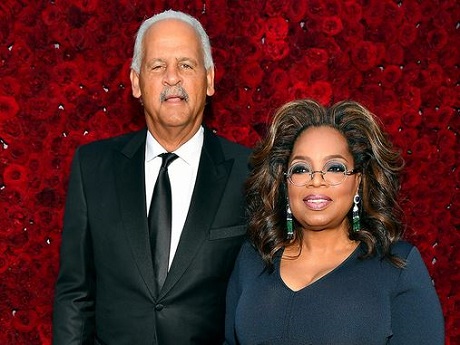 “Being underestimated was the greatest gift I ever had,” says Perry. “I was always able to make some really great deals because people had no idea of the following or the connection I have with my audience. Because that audience is black, it’s been ignored, for the most part. It’s not as valued as the mainstream audience. That’s what I’ve had to come to terms with. But the truth is, this place is because what that audience is able to do.

“African American fans, like country music fans, are die-hard people who are with you, ride or die,” he continues. “Black women especially. When they are with you, you can move heaven and Earth. They have been with me from day one.”Winfrey praised Perry and told the AP the new studio head is a force to be reckoned with.

"He didn't wait for other people to validate or to say you should go this way or that way. He said I'm going to create my own way and as we can see here, become a force for himself," Winfrey said.

"I remember when he was thinking about buying this place and I said 'You'd be crazy not to take it.'" she added.

"This is more about Tyler the entrepreneur. The visionary. A guy who understands that ownership means that you can do what you want," Jackson said as he paused along the red carpet.