End Of The Road! See The 18 Yahoo Boys Who Were Nabbed By EFCC In Lagos (Photo)


As many as 18 yahoo boys have been nabbed by the Economic and Financial Crimes Commission in Lagos. 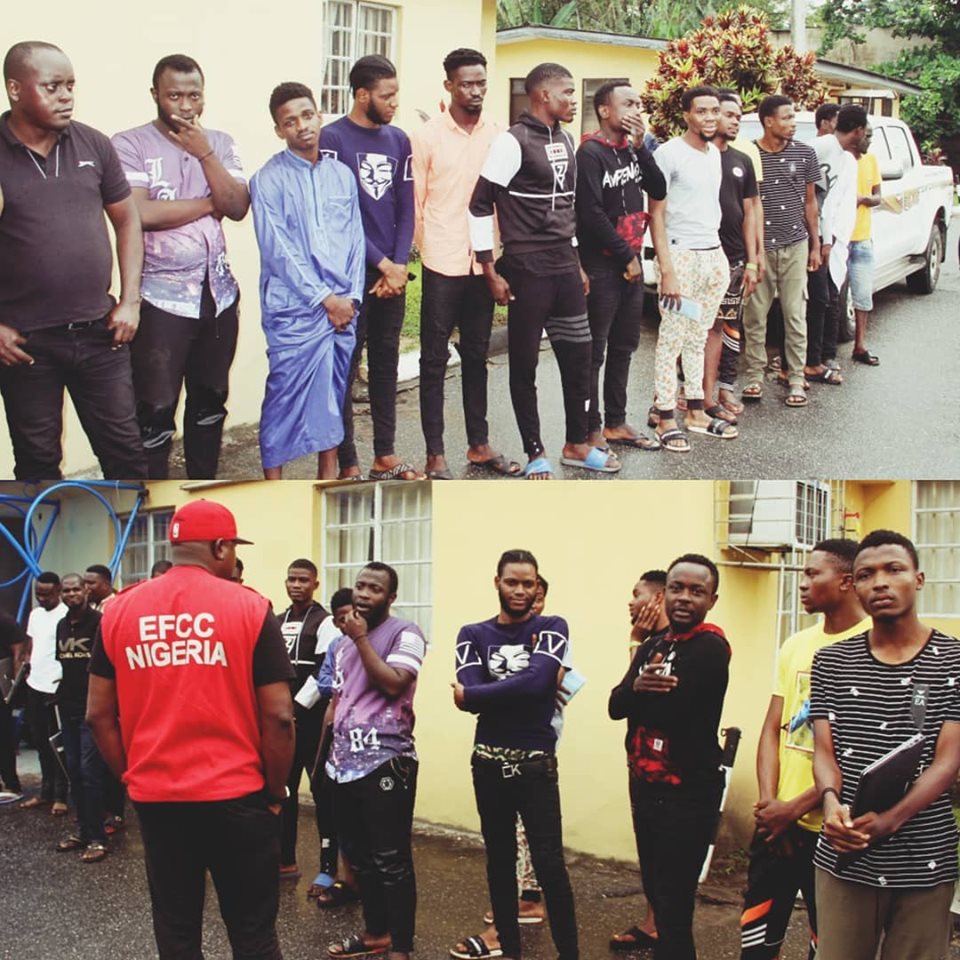 The suspects were arrested during a sting operation in the early hours of Friday, September 27, 2019 at three different locations in the Alagbado area of Lagos State, following intelligence reports received by the Commission from concerned members of the public about their alleged involvement in the criminal activities.

During the raid, about five of the suspects attempted to escape arrest by taking refuge inside the ceiling of their apartments. They were, however, immediately apprehended by operatives of the EFCC.

The suspects will soon be charged to court.
Top Stories