Timi Dakolo Reacts To Pastor Being Exposed In The #SexForGrade Documentary 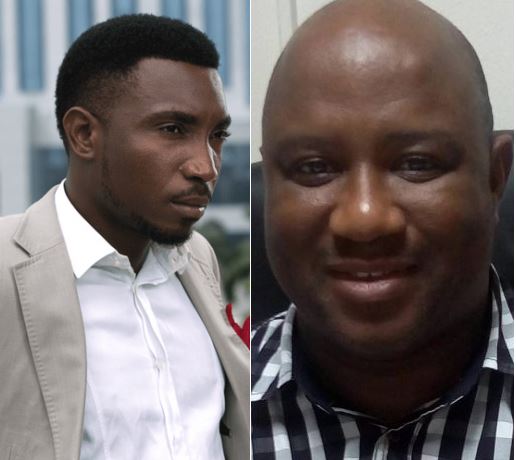 Timi and Boniface
Timi Dakolo has reacted to the recent s*x for grade exposé which saw a Foursquare pastor s*xually harassing an undercover reporter on camera.

The singer, who has been condemning randy pastors before and after his wife alleged that she was allegedly raped by COZA Pastor, Biodun Fatoyinbo when she was a teenager, took to Instagram to react to the BBC s*x for grades documentary.
Reacting to Prof. Boniface Igbeneghu, a Foursquare pastor/UNILAG lecturer, being caught on tape praying for a prospective student while also sexually harassing her, Timi wrote: "From the BBC s*x for grades documentary, oga pastor Boniface was even praying and calling Jesus. Shouting welcome to the kingdom."

He added in the caption: "Nowadays, when someone is saying 'I give God the Glory' we need to ask, which God?" 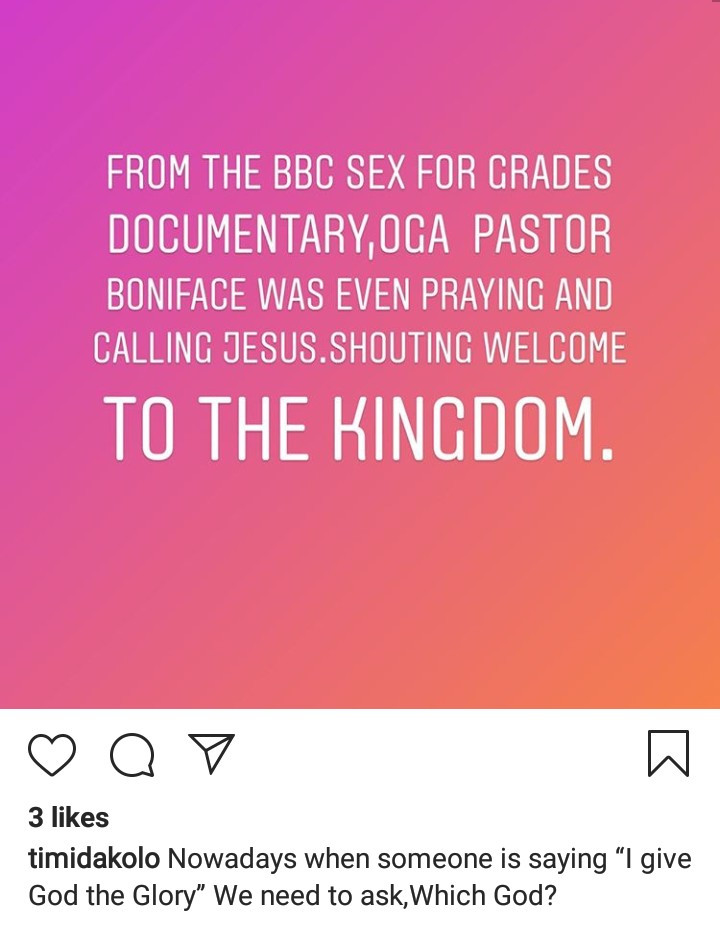