Kano State Polytechnic has disowned its lecturer allegedly involved in sexual harassment with a female student of the institution. 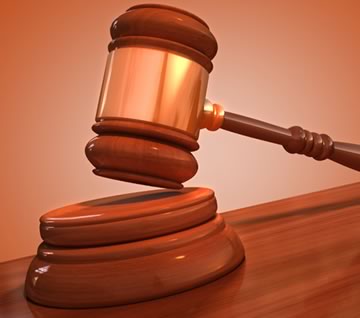 Kano State Polytechnic has disowned its lecturer allegedly involved in sexual harassment with a female student of the institution.

A Kano Chief Magistrates’ Court ordered the remand of the 36-year-old lecturer, Ali Shehu, in prisons for alleged breach of trust and sexual harassment against his female student.

Shehu was arraigned by the police on a two-count charge of breach of official trust and attempt to commit an offence, contrary to Sections 95 and 98 of the Penal Code.

The chief magistrate, Muhammad Idris has adjourned the matter to October 15 for hearing.

Reacting to the development, registrar of the Polytechnic, Ado Mohammadu expressed shock on the incidence and told journalists that the accused is not a staff of the institution.

The registrar clarified that thought, Shehu was posted from the office of the head of the service, Kano state on a part-time job with the Polytechnic.

He insisted the management will not take responsibility for no staff of the institution.

He, however, hinted that a disciplinary committee has been instituted to look into the sexual harassment allegation, assured that necessary action will be applied, if the person involve is found guilty.

The Guardian learnt the offence was committed in August and since charged to court after the case was reported to Kano State Public Complaints and Anti-corruption Commission.

Shehu, the accused had taken the female student Hadiza Aminu ( not her real name) to one of the offices at the popular Ummi Plaza on Zoo road in Kano, with the intent of helping her marking the final semester exams.

During the process, the accused was said to have attempted to force her to bed but ended up touching the ladies private part, a prosecutor Badamasi Gawuna told journalists.
Top Stories