The appeal court has affirmed the decision of the election petition tribunal sacking Dino Melaye as senator representing Kogi west. 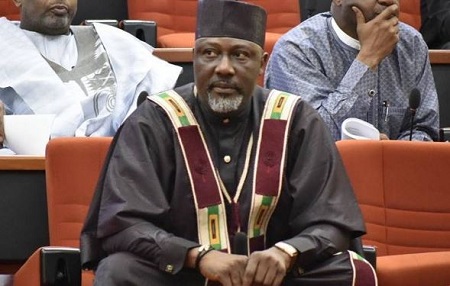 Dino Melaye
The Court of Appeal, Abuja division has affirmed the judgment of the Kogi State NASS Election Petition Tribunal nullifying the election of Senator Dino Melaye of the Peoples Democratic Party, PDP.
The court ordered the conduct of a fresh election in the zone.
The senator also took to his Twitter page to make the announcement. He wrote: 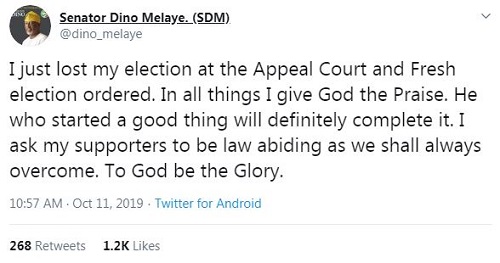