Alarming! Check Out What Wole Soyinka Has To Say About The State Of Nigerian Education


Respected Nigerian professor, Wole Soyinka has given his verdict on the state of education in Nigeria. 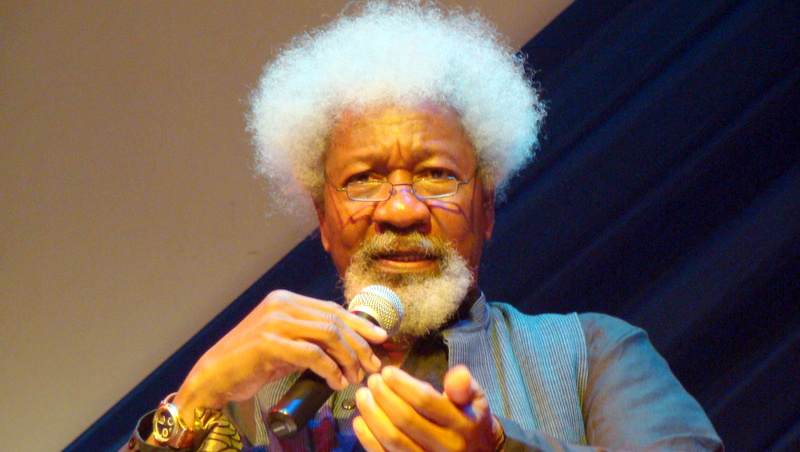 Nobel laurete, Prof Wole Soyinka, has described the state of education in the country as horrifying, saying Nigeria is in trouble, Punch Metro reports.

The prolific playwright spoke on Sunday at the University of Lagos, Akoka, during the presentation of a play, ‘Folly of Men.’

The play was an adaptation of three plays: Wole Soyinka’s ‘Trial of Brother Jero;’ Femi Osofisan’s ‘No More the Wasted Breed;’ and Bode Sowande’s ‘Mamiwater’s Wedding.’

The event was part of activities commemorating the 90th anniversary of the Government College, Ibadan.

Soyinka, Osofisan and Sowande, who were old students of the college, were presented with different awards, along with Dr Christopher Kolade, and the late T.M. Aluko.

Soyinka, while fielding questions from journalists, commended the GCI Old Boys Association for organising the programme.

He said the country’s education was nothing to write home about.

“We are in serious trouble, education wise in this country. Let me not kid you; it’s horrifying. That was why I was happy about the initiative of creating a model school and trying to resurrect this Government College and present it as the ideal. We are really very low, education wise.

“I have learnt how much they (old students association) have done in the last few days and I am very proud of their work. I just hope the government leaves them alone; don’t interfere with them. Let them bring back to everybody’s mind the possibility of what education can be,” the renowned writer said.

Osofisan noted that government needed to invest more in education, adding that infrastructure and teachers’ salaries should be improved.

The playwright said, “What pains us now is that the school (Government College Ibadan) could produce people of worth before, but the whole thing has gone down now. We are hoping that this help generate new impetus and action about the school and education.”

The President of the GCI Old Boys Association, Dr Wale Babalakin, said the college had fallen into disrepair.

He explained that in the last one year, the group had spent over N500m to renovate the school’s structures.

“We have built two houses to a state now that they are better than most university hostels. We have three remaining. An old boy fixed the road. Another old boy did the entry fence, while another is doing the field. We will rebuild it and cooperate with the Oyo State Government.

“There is nothing called general education. Education must be good. It is better not to provide education than to provide poor education because an half-educated person is a danger to himself and the society. We have to make conscious efforts to invest in education and create a proper school that will further the development of Nigeria,” he added.