He also stated that the enforcement of stipulated laws would help address the challenge of road maintenance. 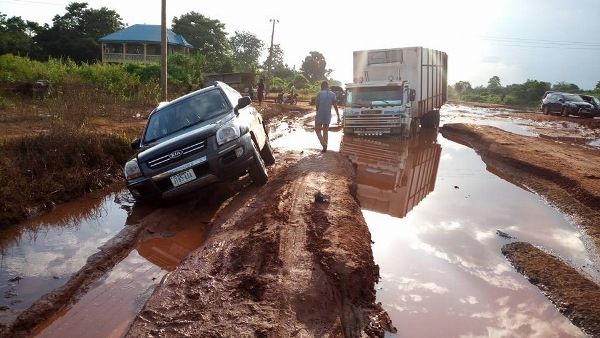 Nigeria is losing over N1tn annually as a result of bad roads across the country, the Senate has said.

The Federal Roads Maintenance Agency also put the cost in man-hours loss due to bad roads and traffic delays at N1.02tn per annum.

Speaking on the sidelines of a stakeholders’ forum on road maintenance and reforms organised by FERMA in Abuja, the Senate Committee Chairman for the agency, Senator Gershom Bassey, said findings by experts submitted to the Senate showed that Nigeria was losing the amount to bad roads.

He said, “We lose over N1tn every year as a result of bad roads.”

He also stated that the enforcement of stipulated laws would help address the challenge of road maintenance.

Bassey said, “I think the first thing is to obey the law. Clearly, there is a FERMA Act and the key issue in road maintenance is funding. This issue was addressed in 2008 in the amendment of the FERMA Act, which provided for additional sources of funding for road maintenance.

“But the problem we have now is that that law has not been obeyed by the Petroleum Products Pricing Regulatory Agency, as it is supposed to ensure that a portion of the tax on petrol and diesel is credited to FERMA for the maintenance of roads.”

On his part, the Chairman of the Governing Board of FERMA, Tunde Lemo, said funding for Nigerian roads was less than one per cent of the country’s Gross Domestic Product, adding that this was far less than the three per cent of the GDP recommended by the World Bank as a minimum spending threshold.

He said, “The cost of loss in man-hours due to bad roads and traffic delays is N1.02tn per annum. Burden of inaction has been computed to be N85 for every N1 not spent in good time to maintain the Nigerian roads as of 2018. These numbers are staggering and this calls for immediate action.

He stated that over 80 per cent of travels in Nigeria were carried out on the road, with about 90 per cent of that being largely federal interstate roads.