A notorious kidnap kingpin has been shot dead by police officers in a community in Rivers state. 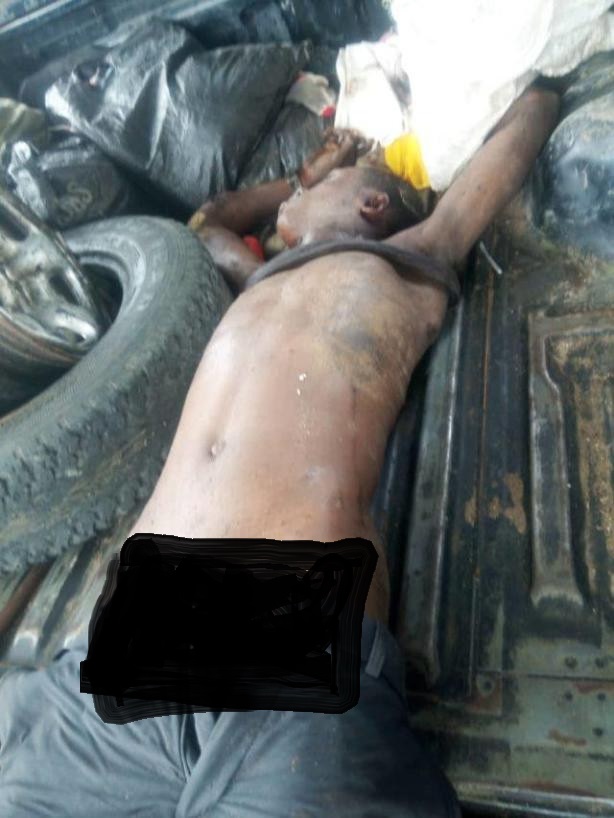 The suspect was gunned down

The Rivers State Police Command has announced the death of a suspected notorious criminal, Agbaiseigbe, who specialized in kidnapping and terrorizing commuters along the Port Harcourt/ Owerri road.

The Police Public Relations Officer, DSP Nnamdi Omoni, told journalists that the alleged cultist and kidnap kingpin who specialized in terrorizing people in the Ikwerre local government area was killed last night after he engaged Police in a gun battle.

He said the kingpin known as Promise Nduka Nwome, aka Agbaisiegbe of Omarelu, was killed in Ikwerre local Government Area in Rivers state when he and his gang members attempted to hijack a commercial bus returning from Owerri into Port Harcourt.

Omoni said the criminals on sighting the police engaged them in a gun battle which left one of the kidnappers fatally wounded while other members of the gang fled with gunshot wounds.

He appealed to members of the public to furnish the police with information on anybody treating gun wounds outside the hospitals.

He said items recovered from the criminals include one AK47 riffle and several arms and ammunition.