Francis Uzoho: FIFA To Pay Shot-stopper's Salary For 6 Month Plus After Injury


Both teams respected rules of international friendlies by not fielding more than six substitutes during the match. 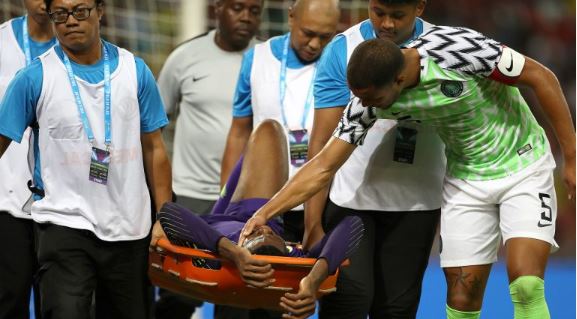 Super Eagles shot-stopper Francis Uzoho will count on world’s football governing body FIFA for his salary during the period he will be on the sidelines.

According to reports, the Deportivo de La Coruna-owned shot-stopper is expected to miss action for a minimum of six months, no thanks to a fracture of the meniscus and the anterior cruciate ligament of his left knee during Nigeria's Super Eagles friendly with Brazil’s Selecao that ended 1-1 on Sunday.

Both teams respected rules of international friendlies by not fielding more than six substitutes during the match. Interestingly, FIFA's Club Protection Programme allows club gets compensation for players, who suffered injuries while on international duty.

The maximum fee as daily compensation has been set at €20,548 and the amount is payable on the fixed salary that the club pays directly to the player as his employer.

On the other hand, the Temporary Total Disablement (TTD) suffered by the player, must stop the player from representing his club for more than 28 days before a claim can be processed.

Uzoho is now expected to under the knife in the coming days in Spain.
Top Stories