The residents of a community in Osun state have been left shell shocked after discovering a dead body floating on a river. 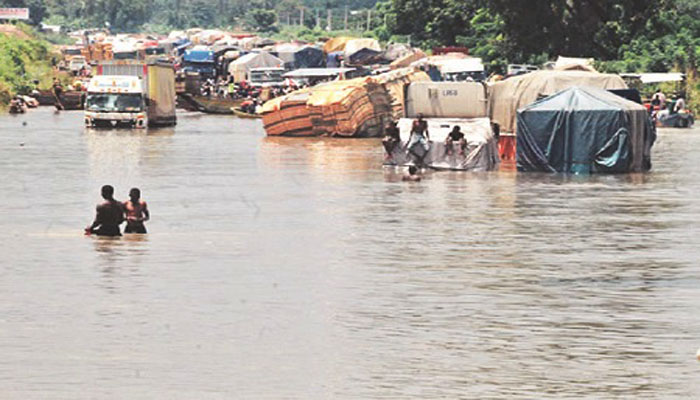 According to a report by Punch Metro, a decomposing corpse of an unidentified woman discovered floating in a river around Oke Ima area of Ilobu, Osun State, on Sunday led to panic in the community.

Some residents, who commented on the discovery, however, blamed the death of the deceased on the activities of suspected ritual killers.

At close look, the corpse had a clean shaven head and mutilated face with cuts all over her body.

None of the residents could explain how the corpse got to the spot where it was discovered.

But a cleric in the area, simply identified as Alfa Tirimisiyu, told Punch Metro that a resident who went near the river on Sunday morning discovered the corpse.

“The sight of the corpse caused panic because it was the first time we were seeing something like this in our area. Our people are really scared,” Tirimisiyu said.

Another resident, Toib Olaore, who called on security agents to give more attention to the area, expressed concern on the discovery, saying the community had not experienced such an incident before.

“It was a man who went to the river that saw the decomposing body. We then called the local government environmental sanitation officials. We strongly suspect that ritual killers are responsible for her death.

“The local government people later came with policemen and evacuated the corpse. Security agents will have to pay more attention to happenings in our community here. We are all scared,” Olaore said.