The story has been told of a Nigerian pastor and his wife who had to wait for 17 years to have their first child. 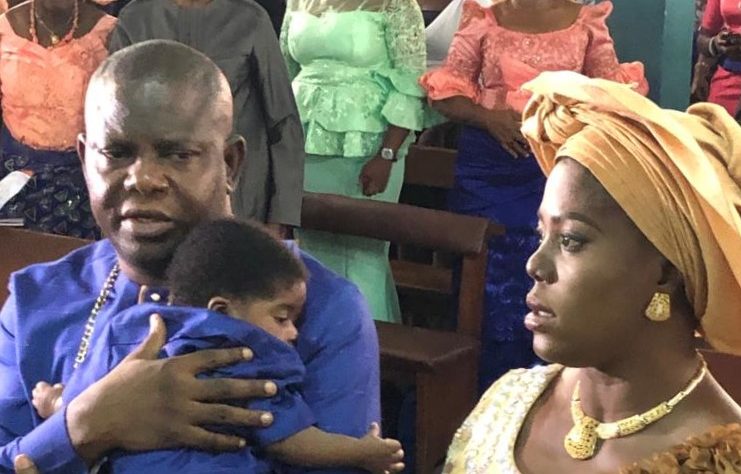 For Ofonime Udoh, the pastor in charge of the Presbyterian Church of Nigeria, Oko Oba, in Efun Ilaje area of Lagos State, it was, perhaps, the longest wait of his life.

After walking down the aisle with his wife, Ikwo, a civil servant with the Akwa Ibom State government, Mr Udoh endured over 17 years of waiting for mercy to speak and lift God’s ‘divine partiality’ over them.

The third among four boys and five girls of the same parent, hugging a child almost after the first anniversary of marriage was like a family norm. But, unlike his other siblings, Mr Udoh was different.

Neither Mr Udoh nor his wife could explain why God delayed His ‘smile’ at them. Initially, it was not such a concern, after all, they were not denied the blissful moments any young couple could desire.

But, as years wore on, it was human for them to be concerned.

But, both could hardly question God’s will. After a decade of waiting on God, subtle concerns gave way to palpable human despair.

Every new baby brought by other couples in their church for dedication only provoked suppressed emotions they could hardly express about their unanswered questions to God.

The best they could do was to seek medical explanations to ascertain their physiological make-up. One after the other, they took turns to undergo every recommended test to unravel the mystery behind their unusual situation.

Some of the recommendations demanded adjustments to their diets. Yet, nothing changed. Curiously, every probing procedure returned a clean bill of health for both. 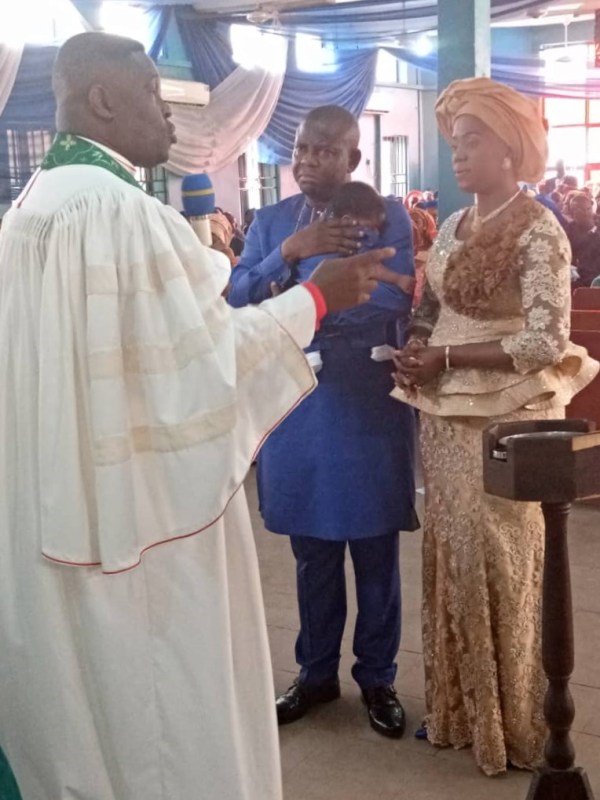 They had all that was needed to be productive. As proof, in 2014, God smiled at the family, as the wife conceived a set of triplets.

Sadly, the smile was short-lived. Few days into her final trimester, the pregnancy was lost in mysterious circumstances. It took months for them to erase from their heart the pain of the tragic loss.

Despite the pain, Mr Udoh said he held onto God and clung tenaciously to the efficacy of the meaning of his name (Ofonime), which literary translates into “it’s best to be patient.”

In 2018, they took another step of faith to test God again. After the first half of the year, Mr Udoh said he declared 21 nights of prayers in his church, tagged: “The Siege Is Broken.” It was the second of such activity in the church.

After the 12th day of the prayer meeting, Mr Udoh said God sent a word of encouragement through the message he preached on the topic: “I will do what I said I will do.”

In the morning of the following day, he said he got a text message from the wife to announce God’s answer to their prayers. She was already in the middle of her first trimester.

His excitement at the message knew no bounds. His faith was strengthened that God was still in the business of answering prayers.

The early morning message encouraged Mr Udoh to continue the prayer meeting in the evening with an even deeper conviction in God’s ability to do His will.

The prayer meeting continued till the last day. Mr Udoh trusted God will complete what He started. But, no, his faith was to be put to test again.

Early in the morning that day, a call stirred him awake. As Mr Udoh received the call, it was his wife that was on the line from Uyo. “I am bleeding oooo,” she screamed at the top of her voice from the other end, amid sobs.

Mr Udoh said the wife reported that she woke up that morning to the flow of blood. She said she felt like the usual kick of life within her womb signifying the presence of a developing foetus was flushed with the flow. She said all she had left was the stilly feeling of emptiness inside her being.

But, Mr Udoh kept holding on to a flickering hope on God that he would not allow affliction to rise up the second time. He said he tried all he could to prevail on the wife to collect herself and remain calm.

For two days, he said the wife refused to go for an examination. Her faith was badly shaken. The third day, she reluctantly yielded her fears and went to the hospital. After the visit, the doctor confirmed the pregnancy was intact.

She called the husband later and both joined in the prayer of faith.

After that phase, God showed His faithfulness. The pregnancy was kept till full term. And on June 27 this year, Mr Udoh was dutifully by his wife as she was delivered of their baby boy, the first after 17 years. They named him Mkpoikana-Abasi (Nothing is beyond God).

For Chinedu Okoroafor, moderator, Synod of the West of the Presbyterian Church of Nigeria, there was no better explanation for the over 17 years’ experience of the Udohs than the manifestation of “God’s divine partiality.” 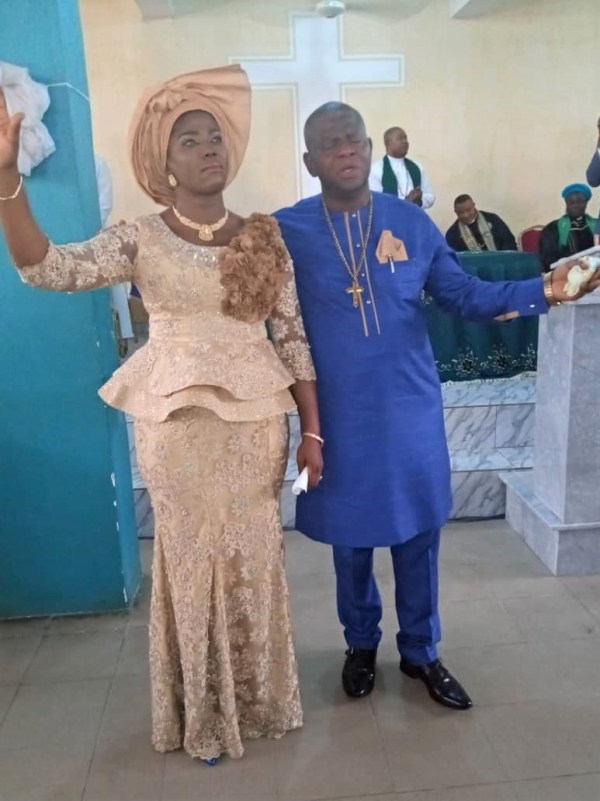 Mr Okoroafor, who preached at the baptism of Mkpoikana-abasi on September 22, said God’s sovereign nature allows Him to do His things according to His will.

He said in life, God speaks either in favour or against a person in three voices – truth, judgment and mercy.

He used the story in the Bible about the woman caught in adultery to illustrate his point. He said the voice of truth spoke to confirm the reality of the woman’s offence.

The voice of judgement spoke to enforce justice in the Law of Moses, which commanded that the woman be stoned to death for the offence.

However, the voice of mercy prevailed in the end and set aside the voice of judgment, and set the woman free.

“Mercy is God’s kindness to break human protocols. Mercy is divine partiality to favour whom He pleases. Mercy does not recognise tribe or qualification. Mercy speaks at God’s appointed time. When he speaks, everything bows,” he told his congregation.

“How do you explain that two friends went to the same school, stayed in the same class, graduated on the same day and received the same grades, yet one will have a job and leave the other?

“How righteous was the one that got a job to deserve the job? Or what sin did the one that did not have a job commit?

“How do you explain that two couples married the same day, yet one couple will have children, leaving the other to wait for 17 years?

“How righteous were the couple who had children, or what sin did the other couple that waited for 17 years commit?” he asked.

He said the only answer he has for the mystery is the mercy of God as divine partiality to favour whoever He pleases over anybody in His own time.

For the Udohs, mercy spoke in their favour to lift their 17 years of divine partiality.