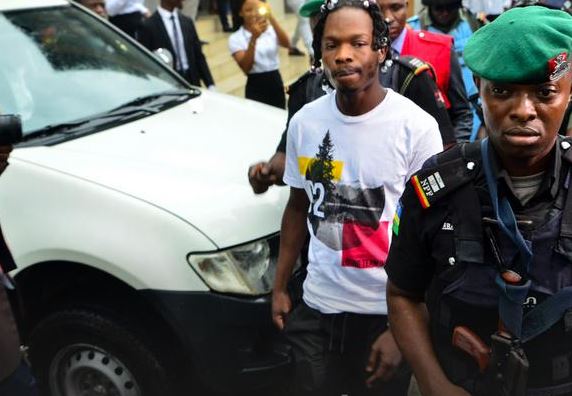 According to The Nation, a Federal High Court in Lagos has just adjourned the alleged card fraud trial of musician, Azeez Fashola popularly known as Naira Marley, who is facing card fraud charges.

Justice Nicholas Oweibo made the decision so as to allow the Economic and Financial Crimes Commission counsel Mr Rotimi Oyedepo and Fashola’s counsel Mr Olalekan Ojo SAN to respond to two motions.

The court is yet to fix a date for trial proper, but has asked Fashola’s counsel to move his motion.

The proceedings are ongoing.

Fashola, popular for his “Am I a Yahoo Boy” and “Soapy” tracks, is being prosecuted by the Economic and Financial Crimes Commission (EFCC) on an 11-count charge of conspiracy, possession of counterfeit cards and fraud.

His co-defendant is one Yad Isril, who is said to still be at large.

The defendant was arraigned on May 20 before Justice Nicholas Oweibo, but pleaded not guilty.

He secured N2 million bail with two sureties in the like sum, following an application by his counsel, Mr Olalekan Ojo, (SAN).

The trial was scheduled for yesterday, but the court did not sit.

According to the charge, the defendant committed the offences on different dates including November 26, 2018, December 11, 2018, and May 10,

Fashola and his accomplices allegedly conspired to use different Access Bank ATM Cards to defraud their victims.

They allegedly used Access Card number 5264711020433662 issued to other persons, in a bid to obtain fraudulent financial gains.

Fashola was said to have possessed these counterfeit credit cards, belonging to different cardholders, with intent to defraud, and which also constituted theft.