A sexual predator has been nabbed by security operatives for allegedly luring and raping women inside hotel in Enugu. 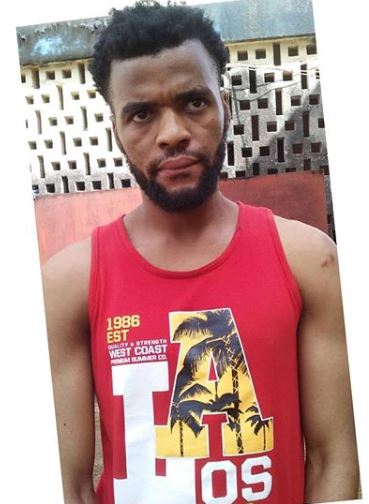 Okeke Anthony
A suspect who specialized in tricking unsuspecting females to hotels where he raped and robbed them after stripping them naked and blindfolding them, has been arrested in Enugu State.
Okeke Anthony, was nabbed at old park axis on 21/10/19. The suspect, who is based in Awka, Anambra State, goes to Enugu to hunt for victims.
According to him: “myself and my gang members usually get our victims from commercial sex workers and pretend to be going to lodge with them.
"While in the hotel, my accomplice would emerge with a sharp dagger from where he is hiding in the bathroom and we blindfold and strip our victims naked and rob them.
We used to collect their phones, force them to reveal their bank details and PIN number and at times rape them too.”
The suspect, who claimed that he is a secondary school drop out, also revealed that he joined a cult group during his early days in secondary school and from there, was exposed to bad vices.
Top Stories