Criminals have been found out to be in the habit of disguising themselves with hijab to rob people. 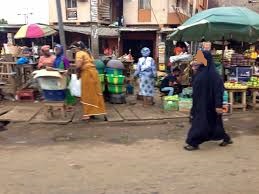 The Police in Niger have arrested five suspects for alleged kidnapping and armed robbery in Rafi and Mariga local government areas of the state, PM News reports.

The Commissioner of Police in the state, Alhaji Usman Adamu, disclosed this in Minna on Thursday.

Usman said on Oct. 18, one Alhaji Ibrahim Garkuwa of Tashan Kare reported at Kagara Police Division that some hoodlums who were armed with machete, stick and dressed in female Hijab (Muslim females gown) and face mask, invaded his house at Tashan Kare.