With a win against the Portuguese side, Arsenal will qualify for the knockout rounds of the Europa League. 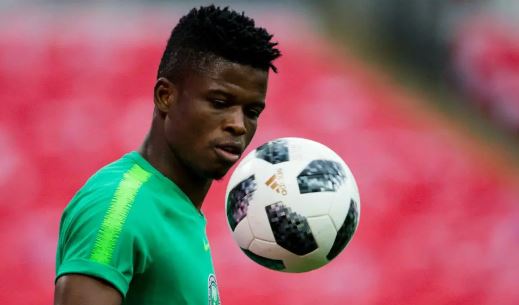 Nigeria international, Mikel Agu has been named Vitória de Guimarães team that travelled to London on Wednesday to face Arsenal in the Europa League on Thursday, according to All Nigeria Soccer.

It has been confirmed that the Super Eagles star will be included in the matchday squad against Arsenal, barring an injury in the warm-up. The Super Eagles midfielder is competing with Al Musrati, Pepê, Poha and André Almeida for one of the starting spots in the midfield.

The player who missed the start of the season due to injury has been involved in the last six games played by Vitória de Guimarães in the Primeira Liga and Europa League.

With a win against the Portuguese side, Arsenal will qualify for the knockout rounds of the Europa League.