A caucus of the House of Representatives wants impeached deputy governor of Kogi, Simon Achuba. 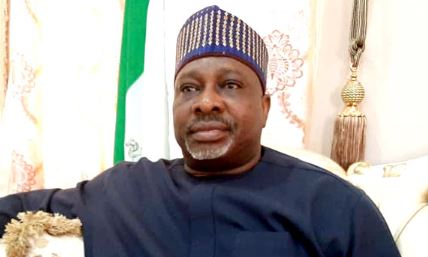 Members of the House of Representatives on the platform of the Peoples Democratic Party (PDP) have described as illegal the impeachment of Simon Achuba as the deputy governor of Kogi state.

The News Agency reports the legislators made their position known in a statement signed by the leader of the caucus, Kingsley Chinda from Rivers state.

The House of Representatives members asked the National Assembly, the civil society groups and all well-meaning Nigerians to act in order to save democracy from total collapse.

They described as embarrassing to the country the events leading to the impeachment of Achuba as deputy governor just as they also said the process of his removal were undemocratic.

“The time to act is now, and fast we must act; we hereby call for the immediate reinstatement of Mr Simon Achuba as deputy governor of Kogi.

“We must therefore all rise up to defend democracy, due process and the rule of law and by implication defend the sanctity of our country," the lawmakers said.

It was earlier reported that Achuba recently insisted that he is still the state's number two citizen despite his impeachment by the legislature.

Achuba fell out of favour with Governor Yahaya Bello of Kogi State and this led to his political downfall. The support Achuba is getting from the legislative arm of government will out Bello in an uncomfortable situation.