The healing of untraceable persons by the Nigerian clergy cements the spiritual emptiness afflicting the church. 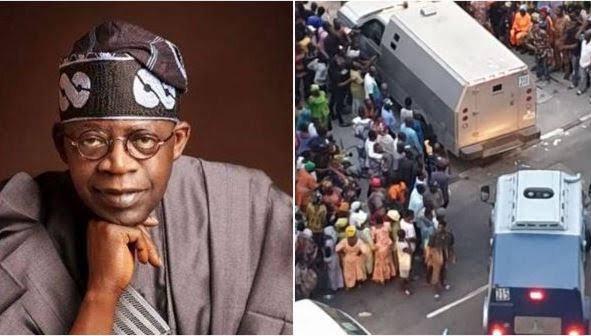 God is sad. His house has been turned into a gambling den where pastors throw dice and slot coins into gaming machines, aiming for the jackpot. In the casino which the church of God in Nigeria is fast turning into, miracles are not only for sale, they are also now for hire. The Omniscient is no longer treated as a G-O-D, but a D-O-G.

Just recently, scam came to church, took over the pulpit and shot some hell-bound videos. In the first video, a pastor surrounded by a baying crowd used sachet water to heal a short woman with a contorted upper right arm right on the street. In the second video, another gesticulating pastor, right inside a vast church, healed the same woman of the same contortion in the same right arm. The third video followed the same pattern: another pastor, jerking, twisting, stretching and stridently speaking in tongues like a clanging cymbal, healed the same woman in the same right arm to the ecstatic jubilation of a fooled crowd inside another big church. I learnt there’re more videos of the same woman receiving healing in the same contorted arm from two other different pastors. A contortionist, according to Google Dictionary, is “an entertainer who twists and bends their body into strange and unnatural positions.” Indeed, entertainment has triumphantly chased out spirituality from the Nigerian church.

Nationwide, every crime has a seat on the church front row. From sex-for-prayer to gang war, exploitation, slavery and ritualism, the church today oozes the stench of organised chaos. The mosque is not any better, anyway, but the dizzying mountain of tithes and offerings in the church transfigures the shepherding clergy into wolves devouring the flock. Every church now owns a miracle. But since I was born and now that I’m getting old, I have never seen a blind or a lame made whole in any church – despite the bedlam of tongues that attends every revival and vigil. Don’t get me wrong, please; I’m not saying miracles never happened in the church – they did in the days of yore. As a Christian, however, I’ve only seen actors and actresses acting miracle scripts on the pulpit. I’ve only seen ‘actors’ and ‘actresses’ with no known addresses suddenly appearing in church during wind-swept revivals and getting healed, leaving blind and lame regular worshippers, who have been worshipping devoutly for many years, to their walking sticks and crutches.

Jesus Christ healed people from far and near. He healed relatives and strangers. The ‘healing’ of untraceable persons by the Nigerian clergy cements the spiritual emptiness afflicting the church. Every Nigerian knows a person who has one form of physical deformity or another. Why none of the known handicapped persons in society gets healed despite the rain of miracles at revival centres beats me hollow. Though there are countless schools of the handicapped across the nation, I’ve not heard that one man or woman of God woke up one morning, went to one of the schools and healed just ONE pupil.

I don’t know if she’s a Chelsea fan or not, but the miracle-receiving contortionist woman, Mrs Bose Ola, in the three different videos I watched, wore blue dresses during her deliverances. In her story I read online, Ola claimed that she moved from one pastor to another because her infirmity kept coming back two days after being healed. When social media put the lie to her merry-go-round healings, she claimed she finally received a permanent healing after her last miracle, which she said has lasted for six days so far. She debunked the allegation that she received N1m each along with the razzmatazz of her unending miracles. Sadly, all the pastors in the videos are young and belong to the Pentecostal brand, meaning that the future of Christendom in Nigeria is doomed if things don’t change.

An activist, Segun Awosanya, aka Segalink, had recently challenged the EFCC on Twitter to probe the content of the bullion vans seen creeping into the residence of Tinubu on the eve of the election that produced President Muhammadu Buhari for a second term. Responding, the EFCC told Awosanya, who spearheaded the #EndSars movement, to forward a petition against Tinubu on the matter, boasting that it had ‘secured 1,245 convictions between 2015 and 2019 which included two former governors…”

The Convener, Concerned Nigerians, Deji Adeyanju, along with Messrs Ariyo-Dare Atoye of Coalition in Defence of Nigerian Democracy and Constitution, and Adebayo Raphael of Free Nigeria Movement, took up the challenge by the EFCC, submitting a petition against Tinubu. However, gun-wielding EFCC security agents manhandled journalists, who covered the submission of the petition and a news conference addressed by the activists along the road leading to the commission, last Friday, in Abuja. The title of the petition addressed to the acting Chairman, EFCC, Ibrahim Magu, was, “Petition to investigate the source of money conveyed in bullion vans to the home (of) Asiwaju Bola Tinubu on the eve of 2019 presidential election.”

The hoodwinking challenge thrown by the EFCC was a testimony that the nation’s anti-corruption fight was selective and insensate. If not engaging in arrant nepotism, the movement of two bullion vans into the residence of a foremost national political strategist on election eve ought to propel the EFCC into investigative mode. If honour wasn’t alien to the EFCC, it shouldn’t have insulted the sensibility of Nigerians by demanding a petition before investigating Tinubu on the matter. If every case before the commission was an offshoot of a petition, the EFCC headquarters would be creaking under the weight of petitions by now. If a suspected wheelbarrow was sighted being wheeled into the River State Government House on election eve, the EFCC, the DSS, police, customs, immigration, the NSCDC, the FRSC, the military and herdsmen would’ve been deployed to chase Nyesom Wike out and occupy the Brick House.

Naturally, the EFCC and other security agencies should feel obligated to know the contents of the bullion vans, what they were meant for, where they were coming from and who gave them out. For serious countries, election is serious business. Three years after Russia was alleged to have tampered with the US presidential election, investigations are still ongoing in the case.

A former Chairman of the Independent National Electoral Commission, Prof Attahiru Jega, last Wednesday, warned that the CIA’s 2015 prediction that Nigeria stood the risk of disintegration was still possible, stressing that the nation needed to prevent moneybags from using thugs to buy votes. With Nigeria replacing India as the world’s poverty capital, organising free and fair elections, and protecting our democracy remain vital means of arresting the poverty slide. Alarming statistics cement the preeminence of Nigeria on the global poverty throne. A report by The World Poverty Clock, quoted by the CNN in June 2018, says Nigeria now has the world’s largest extreme poverty population with 87 million people living in extreme poverty while ‘around half of the country’s population lives on $1.90 per day’. Similarly, the wife of President Muhammadu Buhari, Aisha, on Friday, compared the rate of malnutrition among Nigerian children with what obtains in war-torn countries. Aisha lamented that one in every three Nigerian children under the age of five was suffering from malnutrition.

Seriously, Nigeria’s redemption song should be composed in the lyrics of fairness, justice, integrity, commitment and vision. What is sauce for the goose should be sauce for the gander if our nation must not die.

Written by Tunde Odesola for Punch