Reasons have been given as to why Nigerian singer, Davido should sue the ladies who played the 'pregnancy prank' on him. 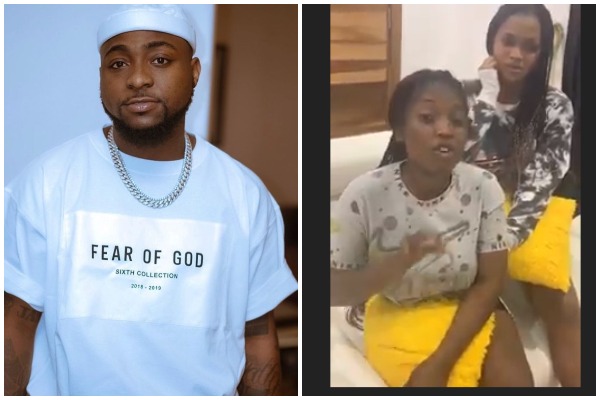 Davido and the ladies who pranked him

Nigerians woke up on Wednesday, October 23, 2019 to a sad story that Davido whose wife Chioma just put to bed has impregnated another person .

The alleged incident was recorded as the women (two Nigerian sisters) began to trend on social media over the shocking allegations against the singer.

The women were seen in the video claiming that the singer got one of them pregnant after they met a few weeks ago at the Eko Hotel & Suites in Lagos.

They claimed they were not after the singer’s money but only wanted him to father the child he put into one of them.

They were seen lashing at the artiste who was still basking in the euphoria of his newborn son.

The story didn’t go down well as celebrities and fans took to social media to either condemn or support the girls.

The noise prompted Davido’s search for the girls and promised to sue them N30bn after dealing crazily with them.

They later apologised to him adding that it was just a prank.

Now, why would people put up allegations just to gain popularity? Why would they want to soil someone’s image just because they felt they were on social media? How would people take anyone serious even when they were telling the truth? The prank pulled by these two sisters must not go unpunished just to serve as a deterrent to others looking for cheap popularity with damaging posts on social media.