It has been revealed that the Ahmadu Bello University sacked its lecturer, A.B. Umar over a bribe and not s*x. 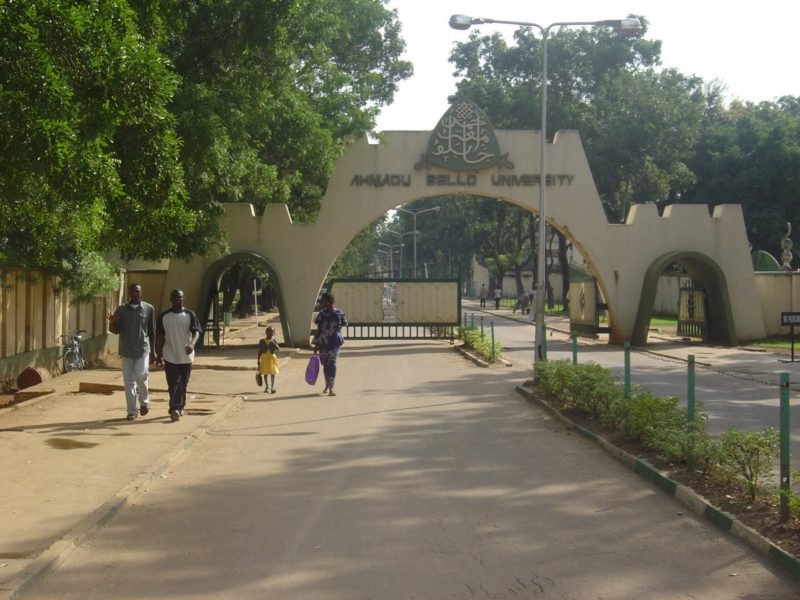 According to a report by Daily Trust, sources have revealed that the Ahmadu Bello University (ABU), Zaria sacked Bala Umar alias AB Umar over N10,000 he collected from his female student.

KASU said a committee was set up to investigate the allegations against Umar, a former lecturer at ABU, following a one-man protest by one Salamatu Bello, who alleged that he sexually molested her when she was a student at ABU.

But sources at ABU confided in Daily Trust that the committee set up to investigate the N10,000  he collected recommended for termination of his appointment instead of dismissal, ‘‘because there was no concrete evidence to prove that he collected the money with any sinister motive’’.

Authorities at ABU have not yet officially commented on why the appointment of Umar was terminated.

But a source said: “What actually happened was that he requested for N10, 000 from one of his female students (at ABU). The girl agreed to give it to him, but requested that he supplies his bank details.

“She transferred the money to his account and used the teller to write to the then Vice Chancellor, Professor Abdullahi Mustapha, alleging that he requested money from her and she was offering his course.

“The VC then wrote to the Chief Security Officer to investigate the matter. The CSO formed an investigative committee. The committee could not establish, with evidence, what the money was meant for. It couldn’t determine whether it was extortion or just an ordinary gift,” the source.

It was gathered that Umar told the committee that he requested the money out of serious necessity.

He reportedly said he was having serious family problem and that forced him to ask for the N10, 000 from the student. According to him, it was not extortion since he didn’t promise the student anything in return, our source said.

The source, however, described Umar as somebody “who was ‘loose’, ‘‘but since no female student came forward to accuse him of harassing her, he had no sexual harassment issue throughout his stay at ABU.”

And contrary to the claims that Umar was teaching at the English Department before he was sacked from ABU, our investigation revealed that he was actually a lecturer of Mass Communication till the time he left ABU.