Shock As Man Drowns While Searching For A Dredger In Lagos


A man has reportedly drowned while he was searching for a dredger in a community in Lagos state. 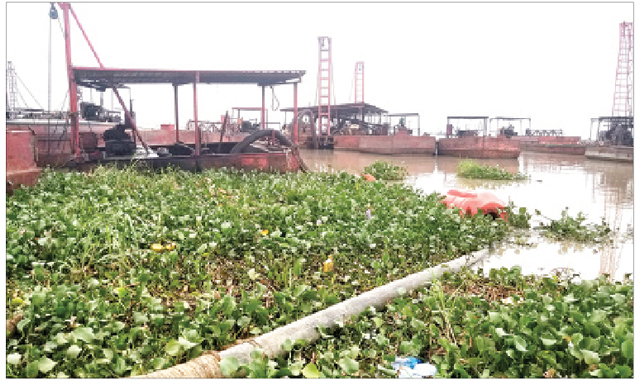 According to a report by Punch Metro, Amuda Azeez has drowned while searching for a dredger that fell into the water at a mining site in the Ilaje area of Ajah, Lagos State.

It was gathered that Azeez and his colleagues were dredging the water when the machine, known as sucker, cut from its wire, fell into the water and caused them to stop operation.

In a bid to recover the machine, Punch Metro learnt that the manager of the company that Amuda worked for requested the services of a swimmer, who charged them N40,000, to recover the fallen machine from the water.

Annoyed by what he considered to be an excessive charge, Amuda was said to have volunteered to enter the water to recover the machine.

However, while searching for the machine in the water, Amuda drowned in the process.

An eyewitness, John Femi, said the tragedy would have been averted if Amuda had swam through the path where the wire holding the machine was, adding that while swimming out of the water, he accidentally hit his head on the dredger and lost consciousness.

A worker at the mining site, one Christopher, said when Amuda was nowhere to be found, his colleagues fled from the site, while his remains were recovered the following day.

He stated, “There were about five people working at the site when the machine fell into the water, but when Amuda, who dived into the water to recover it was nowhere to be found for about 40 minutes, his colleagues became worried and when efforts to search for him proved abortive, they all ran away and some of them went to report at the Ajiwe Police Station. His remains were recovered the following day.”

But one Jera Utewabo, who recovered Amuda’s remains from the water, said he was paid N50,000 for the job, adding that the impact of hitting his forehead on the machine broke his skull and nose.

The Lagos State indigene said, “We charged the company N100,000 to recover his corpse from the water, but the amount was too much for them, so we couldn’t conclude the negotiation till it got late and we could no longer search for him.
“The next day, Amuda’s boss begged us to collect N50,000 for the job, but because of Amuda’s elder brother, who started begging us to help him search for his brother, we agreed on the price and decided to help out.

“How his corpse was recovered was that we started throwing hooks into the location he dived into and after several attempts, two of the hooks got his hand and shorts and I pulled him out. Blood was still gushing out of his nose and forehead when we recovered his corpse. But Amuda’s brother begged us to assist him in burying the corpse at the bank of the water and we all boarded a boat and went to bury him by the Agbeki water bank between the Ajah and Langbasa communities.”

When contacted, the Police Public Relations Officer, Bala Elkana, said Amuda’s boss, Calistus Chukwuemeka, reported the incident to the police, adding that the family had buried the corpse.

Elkana said, “On Saturday, October 13, 2019, around 1pm, one Calistus Chukwuemeka reported that while his men were dredging sand at the Ilaje waterside, Ajah, a spare part of their machine fell into the ocean and one of his men, Amuda Azeez, volunteered to enter the water to find the part but got drowned in the process. His corpse has been recovered and investigation is ongoing.”
Top Stories