Nigerian Consulate Confirms The Murder Of Nigerian In South Africa


The Nigerian consulate in South Africa has confirmed the tragic murder of a Nigerian man in that country. 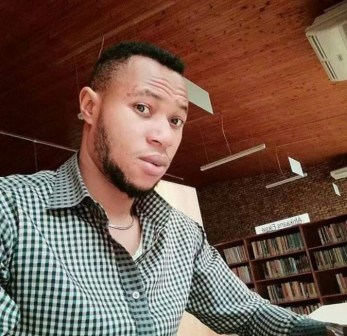 The Consul General of Nigeria in Johannesburg, Mr. Godwin Adama, has confirmed the murder of another Nigerian, Mr. Chikamso Ufordi, in South Africa, PM News reports.

The deceased was allegedly shot dead by unknown assailants in a suspected love affair tangle.

Reacting to the development on the telephone on Tuesday, Adama, however, said he was yet to get the full report. According to him, although the incident is highly condemnable, incidences like that are common in South Africa with one of the highest crime rates in the world.

“Murder statistics in South Africa indicate that over 50 people are violently murdered in a day, about 20,330 in a year. We are, however, investigating and equally following up police investigations on the matter to see the motive behind the attack. We are however not in a hurry to conclude that it was xenophobic or criminal,” Adama said.

He promised that the Consulate would partner the South African authorities to arrange a meeting with the locals, Nigerians, the police authority, to further adopt ways of preventing any form of xenophobic attacks in the future.

He further appealed to Nigerians resident in that country to operate within the confines of the law and not to engage in activities that would compromise their security.