Some students in Akwa Ibom state have been beaten mercilessly by suspected armed hoodlums. 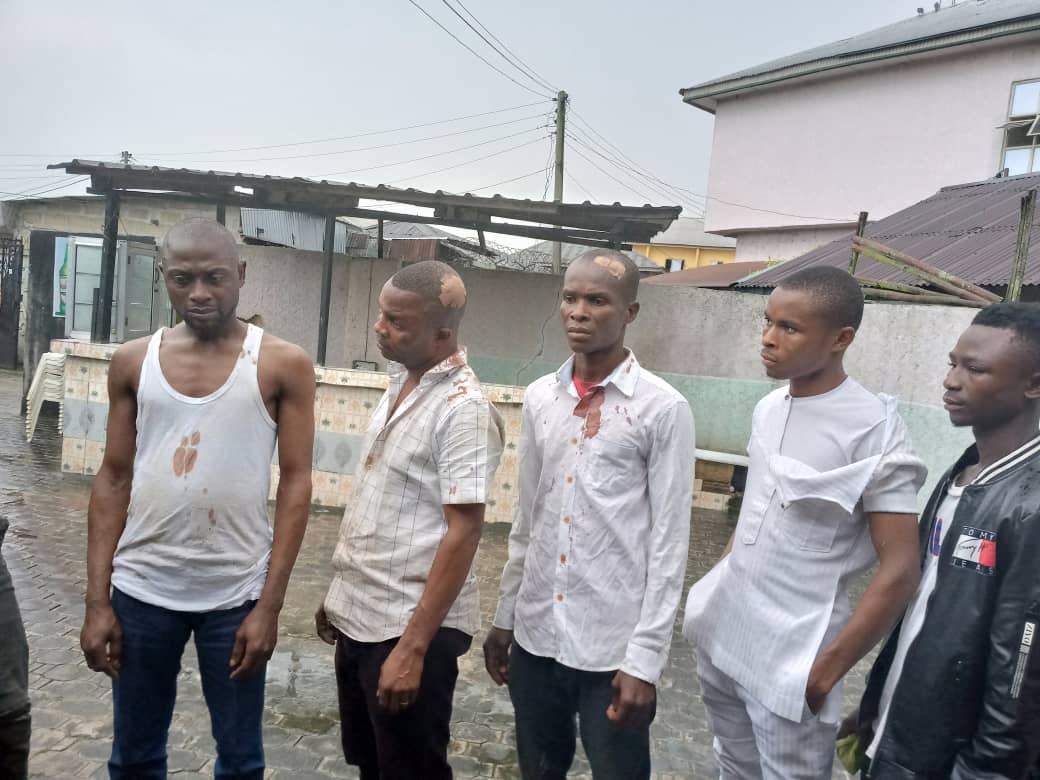 The students after they were attacked
Students of tertiary institutions under the National Association of Nsit Atai Students were maimed, tortured and held hostage by armed hoodlums in Akwa Ibom allegedly for hours on Monday, 28th October, for protesting non-payment of bursary and other student grants, GbetuTV.
The students led by their Worldwide President, Comrade Inyang Effiong, had converged at the council secretariat by 8:09am, displaying placards and singing student unionism songs.

Like a bolt from the blue, a lad addressed as Ukpak, confronted the students, querying their mission, and why they locked a door at the secretariat.

Efforts by the students to explain their mission fell on deaf ears as the said Ukpak made frantic calls, and later said, “I go show una ruggedity today”, before speeding off in a motorcycle.

Barely fifteen minutes later, armed hoodlums numbering over 20 invaded the council secretariat, shooting indiscriminately and beating most of the students to pulp.

Some students and journalists were apparently lucky to escape. The hoodlums had blocked Odot junction, catching some of the fleeing students in the process.

Some of the escaping students and journalists were pursued with motorcycles from the council secretariat down to Airport Junction, before the hoodlums gave up the chase.

At the council secretariat, it was brutal as the students were locked up and thoroughly beaten. The students had their mobile phones, cash, shoes, bags, wristwatches and other valuables seized. Female students were reportedly abused.

The hoodlums are said to be members of a youth political support group, ONE FOR ALL. The council boss, Hon. Emem Ibanga is said to be the group’s matron.

At the Nsit Atai Divisional Police Station where some of the students were detained for about six hours, the council chairman was defiant as she accused the students of being sponsored to protest. “Tell anybody that sponsored you that nobody can remove me as chairman”, she roared.

Also at the police station, Paramount Ruler of Nsit Atai, Edidem Peter Okon Effiong, blamed the students, saying they should have obtained his permission before holding the protest.

Worldwide President of the students, Comrade Inyang Effiong was later forced to apologize to the council chairman at the police station.

The students were released from police cell around 5:00pm on Monday. The whereabouts of all the students could not be ascertained as at the time of filing this report.

The students has earlier told newsmen that the Council Chairman, Police and Paramount Ruler were duly notified of the protest through a letter.
Top Stories