Horror! Plane Crashes Into A House And Bursts Into Flames (Photo)


A plane has crashed into a house before going up in flames in broad daylight, causing serious commotion. 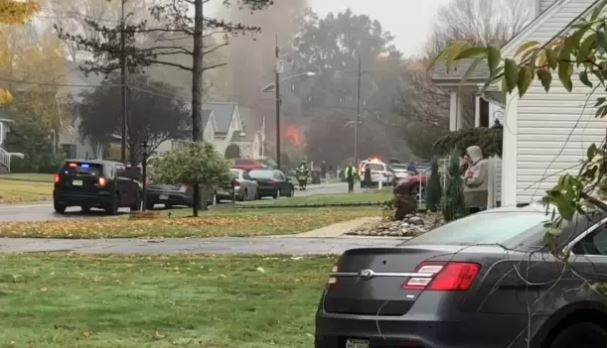 According to NBC New York, two houses are on fire in Colonia, New Jersey, after a plane crash, according to the Colonia Fire Department.

A Cessna 414 crashed into a home on Berkley Avenue at 11 a.m., according to the FAA. The FAA is enroute to the scene to begin the investigation.

The number of people aboard and their conditions are unknown.

The area is a heavy residential area with tree-lined streets.

News 4's Dennis Protsko, who is part of the Chopper team, lives just a block away from the scene and heard the noise of the impact.

Although he did not see the aircraft, he does see at least one house fully engulfed in flames.

"Very heavy flames and very heavy black smoke coming up from the fire," he describes, adding that the heavy smoke and flames are dying down.

There is mutual aid response on the scene from surrounding towns and townships, according to Protsko.

At the time of the crash, Linden Airport -- the closest observation site to the incident -- reported a visibility of two miles, calm winds, mist and a ceiling of 700 feet.