The decomposing dead body of a tenant has been found inside an apartment in Lagos state. 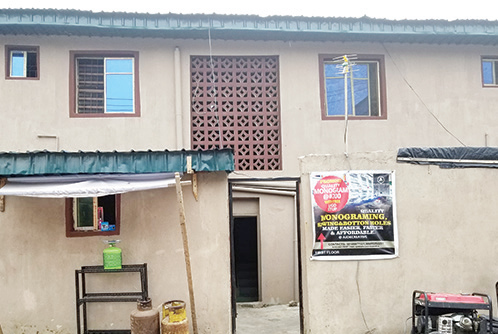 According to a report by Punch Metro, the decomposing corpse of a tenant, Chichi Okechukwu, has been discovered by her neighbours at No. 15 Fagbile Street, Surulere, Lagos State.

Before Okechukwu’s corpse was discovered, Punch Metro reports that one of her yet-to-be-identified friends, who had not seen her going to work for some time, became worried about her sudden disappearance and visited her place of residence to find out her whereabouts.

According to the deceased’s neighbours, her friend’s visit was around the time a strange odour was being perceived in the house.

Although the neighbours initially concluded that the odour could be that of a rat that probably died somewhere in the compound, Okechukwu’s friend, upon approaching her apartment, also perceived the odour.

Some of the neighbours were said to have confirmed that the odour was oozing out of Okechukwu’s room that was bolted from the inside.

Immediately, the landlady, Abiodun Dogbajale, was informed about the observation, she contacted the police, who broke the door to Okechukwu’s apartment and discovered her corpse lying on the floor.

An eyewitness, who identified himself simply as Khalid, said the deceased’s friend, who visited the house when she could not get her, made the neighbours realise that the odour was oozing out of her apartment.

He said, “My boss and I were working in our factory in the compound when a woman in the area said one of our neighbour’s friends was around to check on her, because she observed that she had not gone to work for a while.

“The friend also said calls to her number had not been connecting. So, they went to her room to find out if she was there and perceived the odour and later discovered that it was coming from her room and that she had died.”

A tenant, Adekunle Adejumo, said he was surprised when he got to his office after delivering some jobs to his clients, but met a lot of people mourning Okechukwu’s death.

He stated that upon hearing the news, he proceeded to the police station to make an official report, adding that police personnel from the Area ‘C’ Police Division visited the scene of the incident to evacuate the corpse.

The Ogun State indigene said, “I wasn’t used to her because I only have an office in the area. But on the day that her corpse was discovered, I came to the office around 10.30am after observing the environmental sanitation, but as I wanted to open the door of my office, I perceived a strange odour in the compound, but my thoughts were that maybe a rat had died somewhere and we had yet to locate it.

“So, I ignored the odour, opened the door and entered my office to pick up a job that I need to deliver to one of my clients on Adekunle Street. After delivering the job, I returned to the office around 1pm and because I had another order to deliver, I quickly picked the job and went straight to the Stadium Hotel at Ogambasi to deliver it to my customer.

“I got back to my office around 2pm and was surprised to see a lot of people gathered in the compound. I asked what was going on and was told that one of the tenants died inside her room. The lady was fair in complexion; we hardly talked except during the general meeting, which usually involved all tenants in the house.

“I later went to the police station to make an official report about the incident and police personnel from the Area ‘C’ came to investigate the case and evacuated the corpse.”

When contacted, the state Police Public Relations Officer, Bala Elkana, said Okechukwu’s landlady, Dogbajale, informed the command about the incident, adding that the corpse had been deposited in the Mainland Hospital’s morgue for investigation.

Elkana stated, “On Tuesday, October 17, 2019, around 4.20pm, one Abiodun Dogbajale, who is also the landlady of the building where the deceased lived, said she received a phone call from one of her tenants that they were perceiving an offensive odour from the apartment of Chichi Okechukwu and that the odour could be that of a dead body.

“A team of detectives attached to the division raced to the scene and forced the door open and met the decomposing body of Chichi Okechukwu on the floor of her room. The corpse has been deposited in the Mainland Hospital’s morgue for autopsy.”