25 Prisoners Who Escaped From Kogi Jail Get Recaptured, 97 Still At Large


Some Nigerian prisoners who escaped from a Kogi prison have been recaptured as many others are still at large. 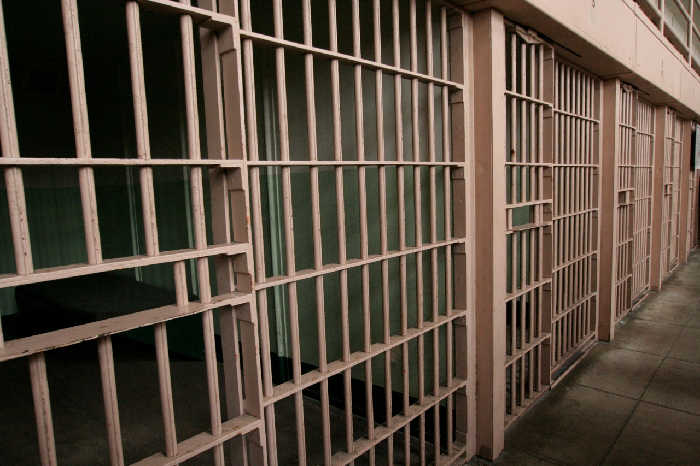 According to Premium Times, the Nigerian Correctional Service (NCoS) has confirmed the arrest of 25 of the 122 inmates who escaped from the Medium Security Custodial Centre, Koton Karfe, on Monday after a flood swept the facility.

The flood which submerged the facility’s perimeter fence and the cells walls occurred at about 2 a.m.

No life has been reported lost to the flood.

The NcoS spokesperson, Francis Enobore, on Tuesday, said the facility housed 227 inmates as at the time of the incidence, not 228 as stated by the Comptroller-General of the Nigeria Correctional Service, Jafar Ahmed, on Monday.

“A torrential downpour on Monday 28th October 2019 caused a surging flood that overran the centre at about 0200hrs, pulling down a section of the perimeter fence.

“The inmates’ cells and offices were also submerged, forcing some of the inmates to break out of custody for safety.

“At the time of the incident, the facility had a total of 227 inmates. While 122 used the opportunity to escape, 105 of them stayed back,” he said in a statement.

He said 25 of the escapees have re-arrested and evacuated along with other inmates to a safer location. He said a search for the remaining 97 escapees is being conducted by the combined forces of the Nigerian Army, Nigerian Navy, Nigeria Police, Nigeria Security and Civil Defence Corps and the local vigilante in the community.

“However, 25 of the escapees have been recaptured leaving 97 still at large,” Mr Enobore said.