Man Pretending To Be A Mad Man, Caught With A Baby In Ogun State (Graphic Photos)


A suspected ritualist has been attacked by a mob after he was caught with a baby in Ogun state. 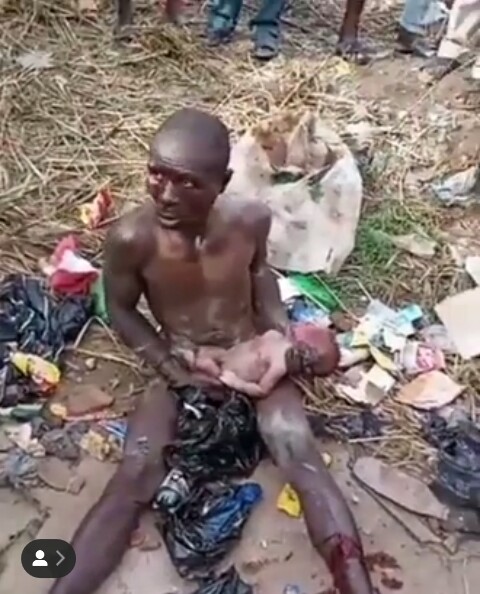 Suspected ritualist beaten to a pulp after he was found with a baby in Ogun state
A man has been given the beating of his life after he was caught with a baby at Oke-Ore along Owode Idi-Iroko road in Ogun state while pretending to be a mad man.
The man alleged to be a ritualist was handed over to the police after the baby was confirmed dead.
It is not yet known where he got the baby as police investigation will unravel more details.
See more photos below: 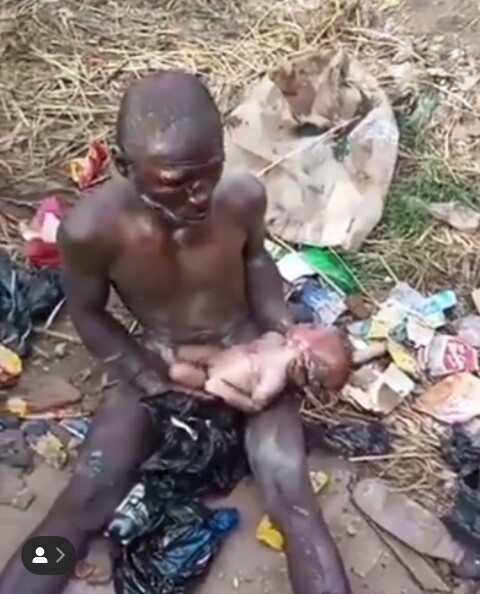 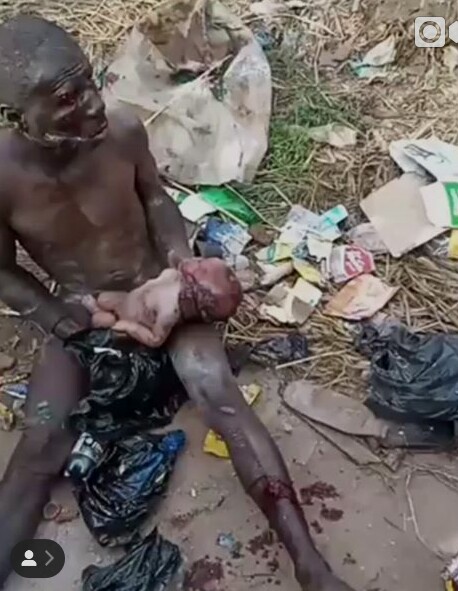