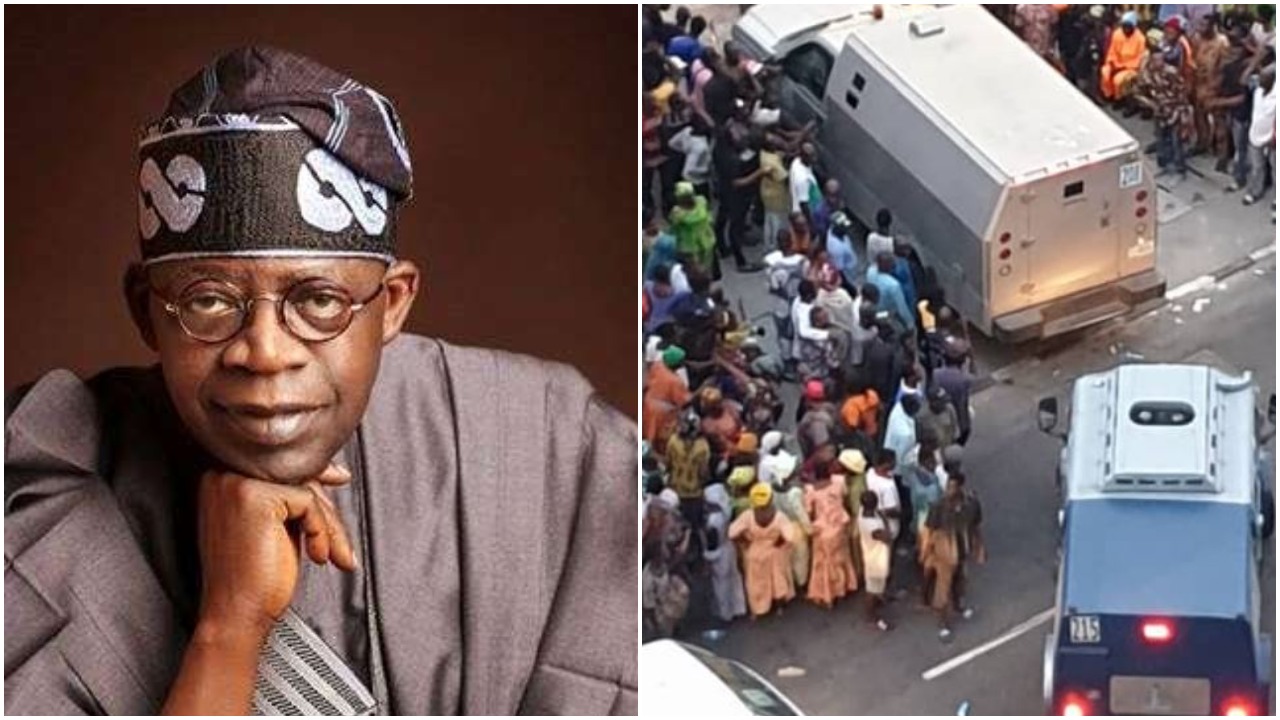 Bola Tinubu and his bullion vans
The acting Chairman of the Economic and Financial Crimes Commission, Mr. Ibrahim Magu, on Friday refused to answer a question regarding a petition submitted against All Progressives Congress chieftain, Bola Tinubu.
According to Punch, Magu, who held a press conference in Abuja, had lamented the high rate of corruption in the country especially among the youths who perpetrate internet fraud.
The EFCC boss had also stated that many non-governmental organisations operating in the North-East were being used for money laundering.
However, when The PUNCH asked Magu to give an update on the petition submitted against Tinubu, Magu, who appeared agitated, said, “You want me to talk about a petition here? Next question please.”
The PUNCH reports that the Convener, Concerned Nigerians, Deji Adeyanju, had last week submitted a petition against Tinubu for having two cash-laden bullion vans in his compound on the eve of the presidential elections in February.
Tinubu had stated during an interview that the money belonged to him and he was free to distribute it to his supporters since he was not a government official.
Incidentally, the EFCC is currently prosecuting the son-in-law of the presidential candidate of the Peoples Democratic Party, Atiku Abubakar, for attempting to distribute money ahead of the same election.
Meanwhile, Adeyanju said in a Facebook post that he had not been contacted by the EFCC since he submitted the petition.
Top Stories