Rivers State Police Command says it has concluded investigation and established a prima facie case against six persons who allegedly murdered a chieftain of the state PDP. 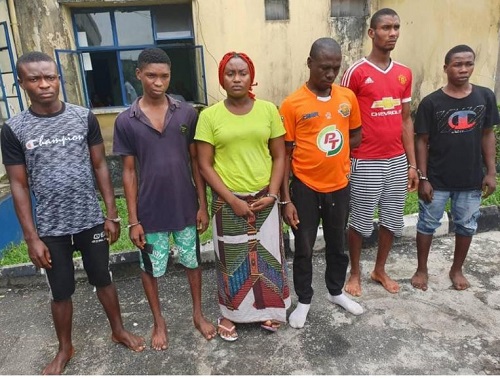 Rivers Police Command said on Friday that officers of its homicide section has concluded Investigation and established a prima facie case against six persons over the murder of Anele Nworzuruka, the Chairman of the Peoples Democratic Party, PDP’s Alakahia chapter in Obio-Akpor local government area of the State.

Nworzuruka was shot dead in front of his wife and three children in his house on September 21, 2019, in Alakahia at about 2 am.

The statement said that the suspects who were arrested at different times, confessed to being members of Iceland Cult group terrorizing Alakahia and Choba communities in Obio/Akpor LGA of the State.

One of the suspects, Bright Wali, is said to have confessed to have led his gang to the house of the deceased where they shoot him to death. His confession led to the arrest of others, who, according to the police, have also confessed their complicity in the murder.

Mr Omoni told journalists that the suspects who also confessed to taking part in other criminal activities and cult clashes in Alakahia would soon be charged to court.

He added that police are trailing fleeing members of the cult group responsible for the killing of the late community leader.