The party called on the INEC and security agents to be vigilant and ensure that the alleged plan of the PDP to use the said cloned PVCs never sail through. 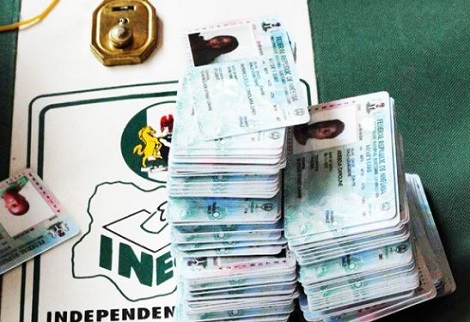 The drama ahead of the governorship election in Bayelsa got more interesting on Friday as the All Progressives Congress (APC) alleged that the state government had started producing fake Permanent Voter Cards (PVC).

Deputy National Publicity Secretary of the APC, Comrade Yekini Nabena, in a statement made available to journalists in Abuja on Friday, alleged that the ruling People’s Democratic Party (PDP) in the state, under the guidance of the state governor, Chief Seriake Dickson, and some other top government functionaries, had been cloning the said PVCs in the Government House in Yenagoa.

According to the party spokesman, the alleged illegal activity (fake PVCs), codenamed ‘Biafra Cards’, was being perfected, and mass produced with the intention of using the 47 Independent National Electoral Commission’s (INEC) card reader machines, which were reportedly stolen in the state during the 2019 general elections in the state.

The party, however called on the INEC and security agents that would  be on election duties in the state during the governorship election to be vigilant and ensure that the alleged plan of the PDP to use the said cloned PVCs never sail through.

“We are receiving real time reports that the PDP, Governor Dickson and His Deputy Chief of Staff, Mrs. Ebizi Brown are manufacturing fake Permanent Voters Cards (PVC) codenamed “Biafra Card” in the Government House. Some of the manufactured fake PVCs are at the residence of the Deputy Chief of Staff in Odoni Ward 8, Sagbama LGA.

“Don’t forget that during the 2019 Presidential and National Assembly election in Bayelsa State, only 22 smart card readers out of the 69 stolen by political thugs were retrieved by the Independent National Electoral Comission (INEC).

“The PDP and Governor Dickson are planning to configure the 47 smart card readers still in their possession with the fake PVCs which they are currently mass producing. I call on our security and intelligence agencies to urgently carry out strategic raids to stop their illegal operations, retrieve the smart card readers and mop up the fake PVCs which they have codenamed ‘Biafra card’.

“We call on the President Muhammadu Buhari to urgently direct security agencies, anti-corruption agencies and other relevant agencies to come to the aid of Bayelsans.

“As earlier said, the popularity and wide acceptance of the APC governorship candidate, Chief David Lyon is apparent and giving the PDP sleepless nights. The PDP’s nightmares will soon be over after Bayelsans vote them out on November 16,” the party stated.

Reacting, the PDP, through the Publicity Secretary of the state chapter, Osom Macbere, described the allegation as porous and preposterous.

“I believe the APC has lawyers that can couch petitions for them, why have they not reached the appropriate quarters over their complaints? They own the government at the centre, they have armouries and armoured cars. They have the entity of Nigeria’s military might, which they have always deployed wherever elections take place.

“With this kind of serious allegation against Bayelsa PDP, with statistics to back it; that the Bayelsa State PDP is cloning PVCs ahead of November 16 governorship election. How come they have not been able to lay a proper complaint?

“Yesterday there was supposed to be a gubernatorial debate, involving all parties in the election to come tell the people what they have. Their space was vacant. Why were they not there to expose this threat they are talking about now? It is so curious and preposterous. It is unfortunate. They are only making it obvious that they’re a replacement of INEC,” he said.