Meanwhile, Falana's suit before the Federal High Court in Lagos challenging the OPI has been assigned to a judge 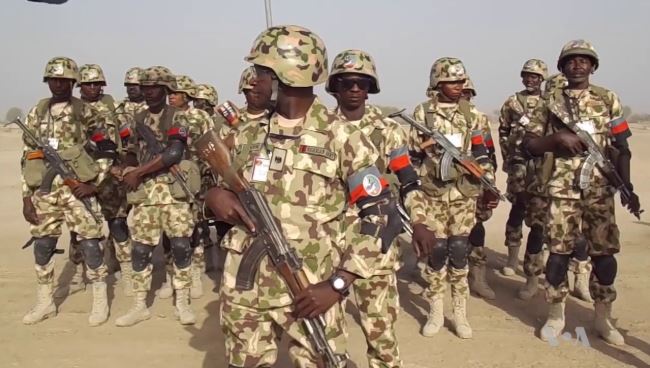 There are  strong indications that the  Nigerian Army will not suspend Operation Positive Identification which began nationwide on Friday  despite criticisms from the National Assembly and social-political groups including Afenifere and Pan Niger Delta Forum.

This came just as the Federal High Court in Lagos fixed Tuesday for the hearing of  the suit filed by human rights activist, Femi Falana, challenging the legality of OPI which requires citizens across the country to carry identity cards.

An authoritative military source told  one of Punch correspondents on Friday that the army had stated its position at the National Assembly and “sorted out all the controversies”.

He said, “Operation Positive Identification has started and there is no going back. The evaluation we made was that it would be conducted in the North-West and North-Central, not necessarily in the  South. It was a very successful operation in the North-East like we have maintained. There is no label on  Boko Haram terrorists other than intelligence and this means of identifying people.

“The operation is premised on the fact that we were able to successfully uncover several Boko Haram hideouts and ammunition. You can imagine what kind of damage this would have done to the populace if that operation was not conducted to filter the population. So, the operation has started and there is no going back.”

Another top military source said, “Nigerians have been told that there are foreigners sneaking into the country as herders to attack innocent communities and the military has been called upon to fish out these foreign fighters.

Meanwhile, Falana’s suit before the Federal High Court in Lagos challenging the OPI has been assigned to a judge, Saturday PUNCH has learnt.
Top Stories