The minister said he had initiated a new procedure against the two men this morning, adding that he hopes it will be more successful than the previous one. 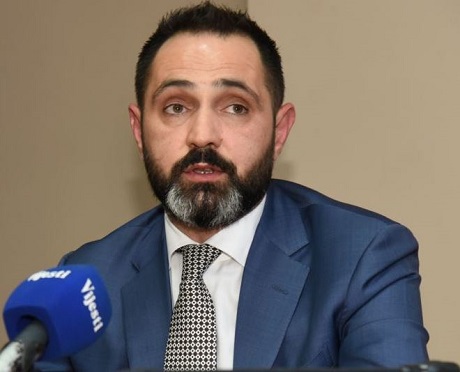 Montenegro's minister of sustainable development and tourism is stepping down after a video emerged appearing to show inspectors from his ministry taking a bribe.

Pavle Radulovic announced on November 1 that he would resign over the incident, saying he had "failed to eradicate this kind of behavior."

In a video broadcast on TV Vijesti the previous day, the alleged inspectors are heard demanding a kickback from a businessmen who wants to continue construction of a building in the town of Budva despite the expiration of his permit.

Radulovic, who has been in office since 2016, told a press conference in Podgorica that disciplinary proceedings were already under way before the video was leaked, but that no one had been punished.

The minister said he had "initiated a new procedure against the two men this morning," adding: "I hope it will be more successful than the previous one."

He also said the inspectors had been suspended.

In a letter to Montenegro’s Prosecutorial Council, Prime Minister Dusko Markovic complained about the lack of reaction from prosecutors after police submitted the case to the State Prosecutor's Office.

The lawyer of businessman Bosko Nenezic said his client, who secretly recorded the video in July 2018, was the victim of extortion by two officials from the Ministry of Sustainable Development and Tourism.

His lawyer, Nikola Kavedzic, said that prior to that meeting his client had already handed over 5,000 euros to one of the inspectors.

Graft and organized crime are plaguing the Adriatic country, which aspires to become a member of the European Union.

Early this year, thousands of people took to the streets of Montenegro's capital to demand the resignation of President Milo Djukanovic and other government and judiciary officials they accuse of turning a blind eye to corruption.