Abubakar Malami, the attorney-general of the federation (AGF) has revealed why the federal government fired Okoi Obono-Obla. 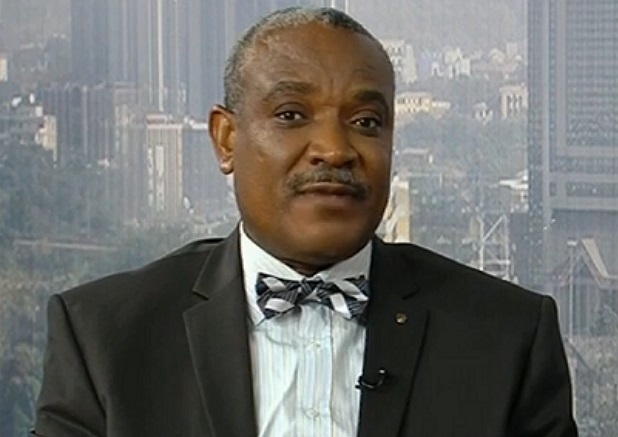 Okoi Obono-Obla
In a report by Abubakar Malami, the attorney-general of the federation (AGF), submitted to Vice-President Yemi Osinbajo, the federal government has revealed what got Okoi Obono-Obla, former chairman of the Special Investigation Panel for the Recovery of Public Property (SPIP) sacked.
Malami accused Okoi Obono-Obla of carrying out illegal investigations while he held the office.
Upon his sack in August, Malami was asked to take over the office, and look into several petitions raised against him.
According to The Nation, Malami, in his report, alleged that two cases were officially referred to the SPIP, but Obono-Obla went ahead to investigate 50 cases without authorisation.
“Contrary to the fact that the Panel is an investigative panel by its enabling law, which lacks prosecutorial powers, Mr. Obla has unlawfully engaged lawyers to file charges against suspects without any recourse to the Honourable Attorney-General of the Federation,” the letter read.
“Your Excellency may recall the unauthorised investigation of several judges, initiated by Mr. Obla through the issuance of notices to them to declare their assets, an obligation which these Honourable Judges had hitherto complied with through the authorised agency – the Code of Conduct Bureau.
“This impudent and embarrassing action incurred the disapproval of Your Excellency, the Vice President and the subsequent suspension of the Chairman, Mr. Obla in 2017 via the State House letter Ref No. SH/OVP/DCOS/FMJ/0424 dated 20 October 2017   ‘Annexure L’ and further necessitated my office writing to the Honourable Judges to recall the said notices.
“This singular act by the Chairman of the Panel could easily have been misconstrued as a form of intimidation and interference by the Executive on the Judiciary, contrary to the principles of separation of power.
“It is evident from the present petitions and several other petitions that the Chairman of the Panel has not in any form complied with the enabling law of the Panel as communicated to him, reneged with the directives of the Presidency with grave and audacious impunity. Indeed, none of the investigations appear to have been authorised by the Presidency, a clear contravention of the Panel’s enabling law.”
A report by TheCable had also reported how the probe of alleged wrongdoings in the Petroleum Equalisation Fund (PEF) led to Obono-Obla’s sack.
On Sunday, he wrote to Buhari, accusing Osinbajo’s office of persecuting him for being loyal to the president.
Obono-Obla had gone into hiding since the Independent Corrupt Practices and Other Related Offences Commission (ICPC) declared him wanted.
Top Stories