The Customs boss has dismiss the notion that the closure of the border had increased the suffering of Nigerians. 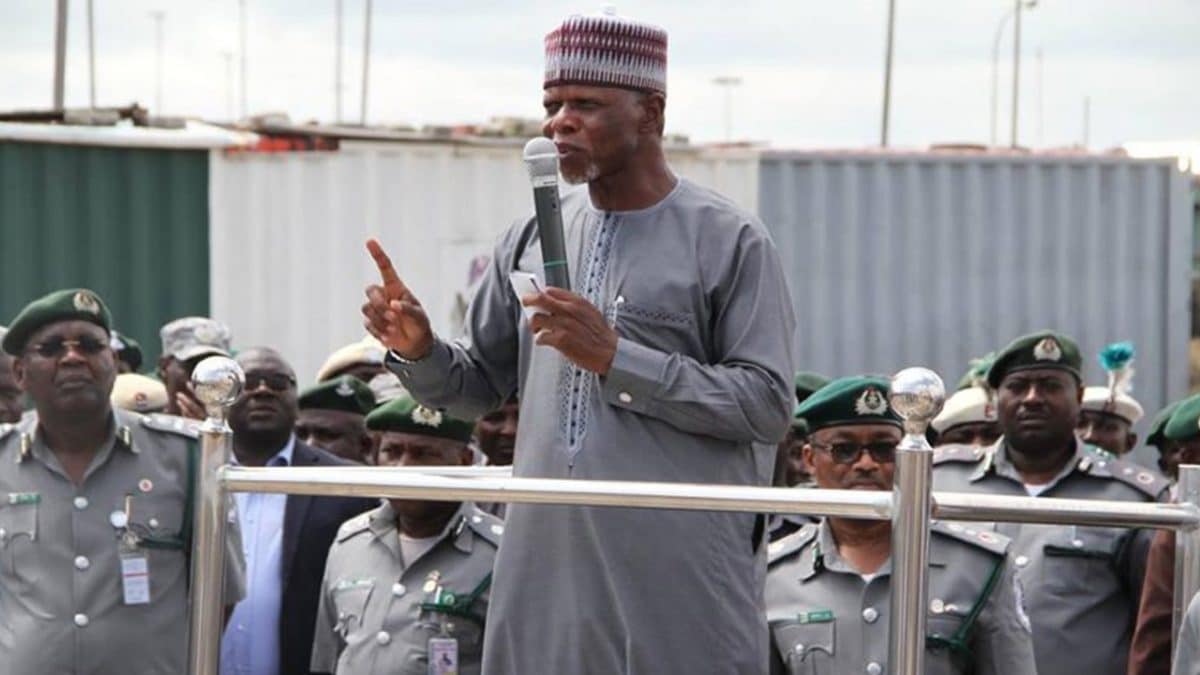 Colonel Hammed Ali (rtd), the Comptroller General of the Nigerian Customs Service has said that closure of Nigerian land borders would make the country great.

He said this in a video, which has been trending on social media.

In the video, Ali said, “This is the government that has insisted that we must grow Nigeria, eat Nigeria. China that we go there to buy almost everything we use, closed their bothers for how many years? They closed it for 40 years to the whole world and today they are great China. Don’t you want to be great Nigeria?”

Ali went on to dismiss the notion that the closure of the border had increased the suffering of Nigerians. He said, “The notion that this border closure is what has created pressure on the suffering of the Nigerian citizens is unfounded.  Before now, we have poor people.  Before now, we have people who could not afford three square meals. Before now we have people who do not have jobs, so for anybody to come up with the idea that because we have closed border, all of these vices are being visited on us is completely unfounded.

"There are no statistics to support that claim. Two, the border closure is a win-win for Nigeria. I will tell you why. You are not a farmer. Go to Abakaliki and talk to farmers. Go to Kebbi, ask the farmers today. Go to every part of Nigeria. There is a farmer who told me that before the closure of the border, he could hardly sell a truck of milled rice in two months. Since we closed the borders, he has not only been able to sell what he has, he has also been going after farmers to get paddy rice and they have put money down for him to deliver.

"Why do we begin to think that we must be fed by foreign countries? At what point do we think that we are independent?  Any nation that cannot feed itself cannot claim to be independent. When you have a diplomatic row with the country you are getting your rice from, they will close the tap. What now happens?"