"If I Pass On, My Murderer Is The Man I'm Married To" - Caterer Cries Out


Teenager Jhoselin Monica Calani was allegedly raped by a group of boys at a house party and collapsed during the celebration. 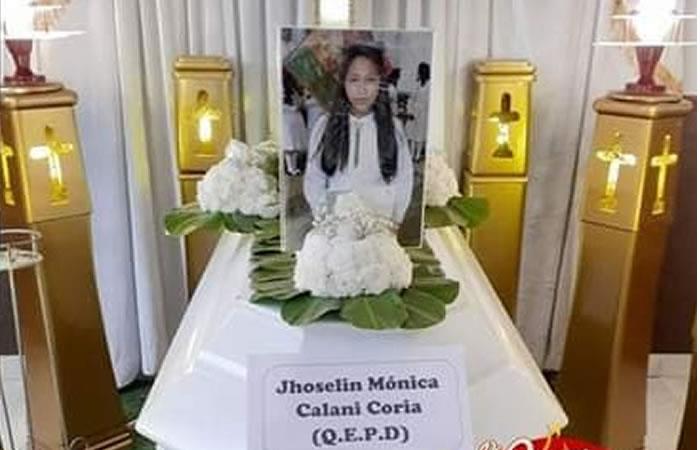 A teenager died after she was allegedly raped by a group of boys at a house party.

Jhoselin Monica Calani, 17, attended the gathering at a friend's house on October 16. She is believed to have collapsed during the celebrations.

It is believed she was then brutally raped by the group in Oruro, Bolivia. When she woke, Jhoselin complained of soreness in her hips and struggled to stand.

She was dashed to hospital but died there two weeks later.

Her grief-stricken mum now wants the four teenage boys arrested on suspicion of her rape to be prosecuted for murder or femicide.

“I want to tell you those guys cannot go out, justice must be carried out, they must pay for what they did, they should not be punished with a minor penalty,” she said.

Police continue to investigate the tragedy, and are questioning the suspects, each aged 16 or 17.

Alcohol was served at the party, officers say.

But they are exploring whether other drugs were also present.

Orlando Zapata, the Oruro department attorney, said Jhoselin “did not remember what happened, she felt very cold and presented a strong pain in the hips”.

Hundreds gathered to mourn Jhoselin at her funeral last week.

"If I Pass On, My Murderer Is The Man I'm Married To" - Caterer Cries Out
Recent Stories